Editor’s Note: Each of the poets represents one of five regions and is tasked to serve as a literary ambassador with the mission to engage diverse audiences of all ages in the art of poetry by sharing their work, participating in events and leading workshops. The two pillars of their ambassador year are a community service project, which they design and execute, and National Poetry Month when the poets showcase poetry in venues from prestigious book festivals and state houses to rural libraries and schools. This blog features David Xiang, 2015 National Student Poet from Little Rock, Arkansas, who led workshops in several high schools and at the Norman Veteran’s Center during his three-day visit to communities in Oklahoma, which is a part of his region.

I recently had the opportunity to work with Jason Poudrier, Iraqi Freedom veteran, Purple Heart recipient, writer, and a teaching artist for Military Experience & the Arts at the Norman, Oklahoma Veterans Center. In the morning, we interviewed veterans with various stages of dementia. To be honest, the first interview was a bit overwhelming. I had never spoken to anyone like that before, and I didn’t know how to respond. It was a little scary, part intimidating, but 100 percent inspiring. These veterans have been through so much. They’ve suffered and sacrificed so much, yet they can still open up about their experiences; they can still remember, with the trace of a smile, coming up over a hill and heading back home. That power to reflect, to remember, and to make us empathize with them is something they may have been unconsciously doing, but that’s something I strive to do every day in my poetry. 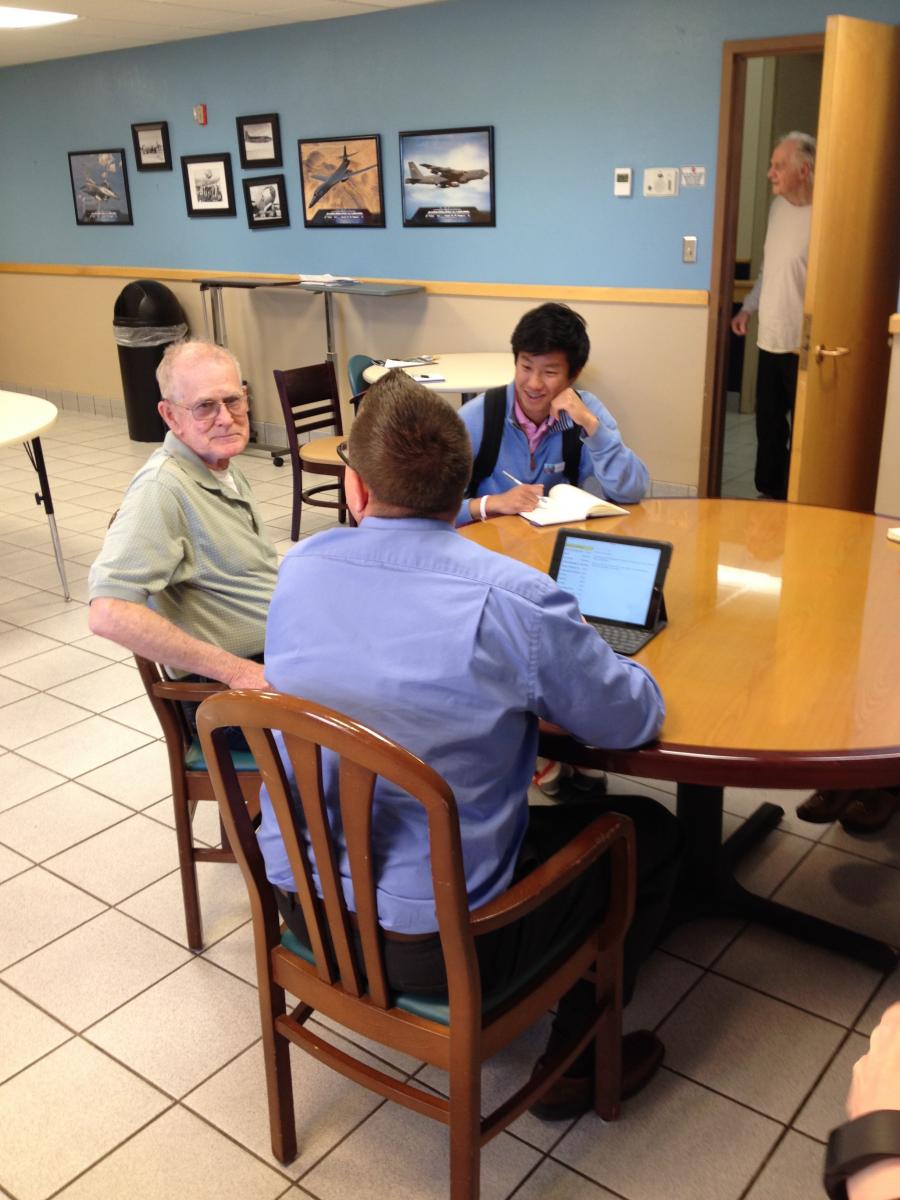 (Photo Courtesy of National Student Poets Program: NSPP’s David Xiang and Jason Poudrier interviewing one of the veterans with dementia, recording his story for the family and posterity.)

In the afternoon, I worked with a larger group of veterans that for the most part were able to write independently and were willing to share most of their experiences. More specifically, when we broke into personalized writing sessions, I worked with Air Force veteran Martha Higgins. She told me she loved writing hymns, and I could immediately tell that she was extremely proud of a hymn she had published. Additionally, she told me that I had inspired her with my resolution of writing one poem a week, and that she would strive to write one hymn a week from now on. 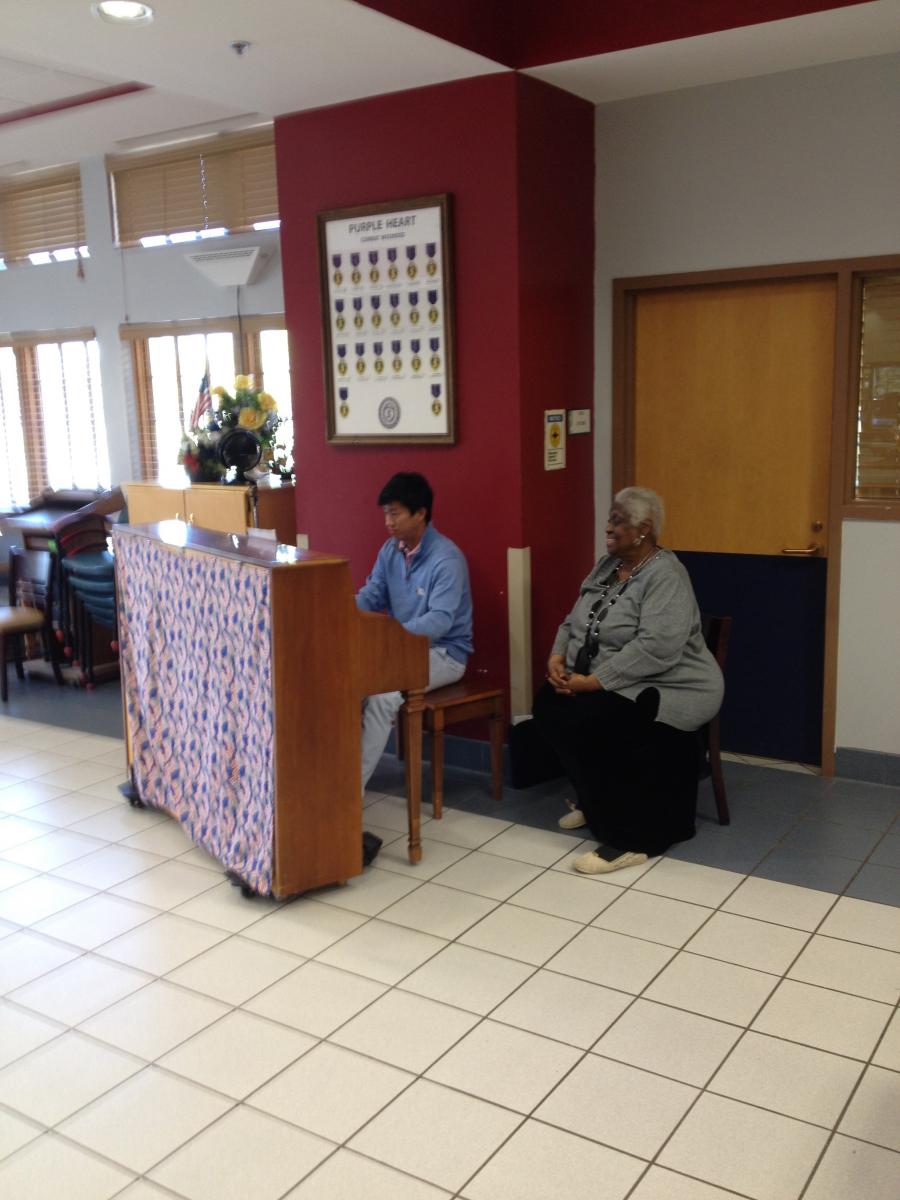 (Photo Courtesy of National Student Poets Program: David playing the hymn that one female veteran wrote during the writing workshop.)

When I looked at Martha’s previous work, she had written a summary of the life of Jesus. I asked her what she wanted to do with this, and she told me, “Make a hymn!” So I took her words and did the best I could, even though it ended up being more of a poem. And then, as we were finishing up, she asked me if I could play her published hymn, which I did, to the great surprise of Kimber Craine, Director of Program Initiatives, President's Committee on the Arts & the Humanities, (PCAH) and all the volunteers there. (None of them knew that I could play the piano!)

After the workshop ended, Jason told me that he had been trying for seven weeks to get Martha to take her summary and morph it into something more poetic. He was extremely grateful for how quickly I had helped Martha make the transition. But for me, I was just grateful that I had the chance to work with such amazing and creative veterans. I first became passionate about using poetry to help veterans because I feel like they do not have a strong voice in our society today. After my experiences at the Veterans Center I can say with certainty that their voice should never be devalued or ignored. From Martha to the veterans with dementia, all of them had an inner spark of expression inside, and I will try my best to nurture that spark into a fire. 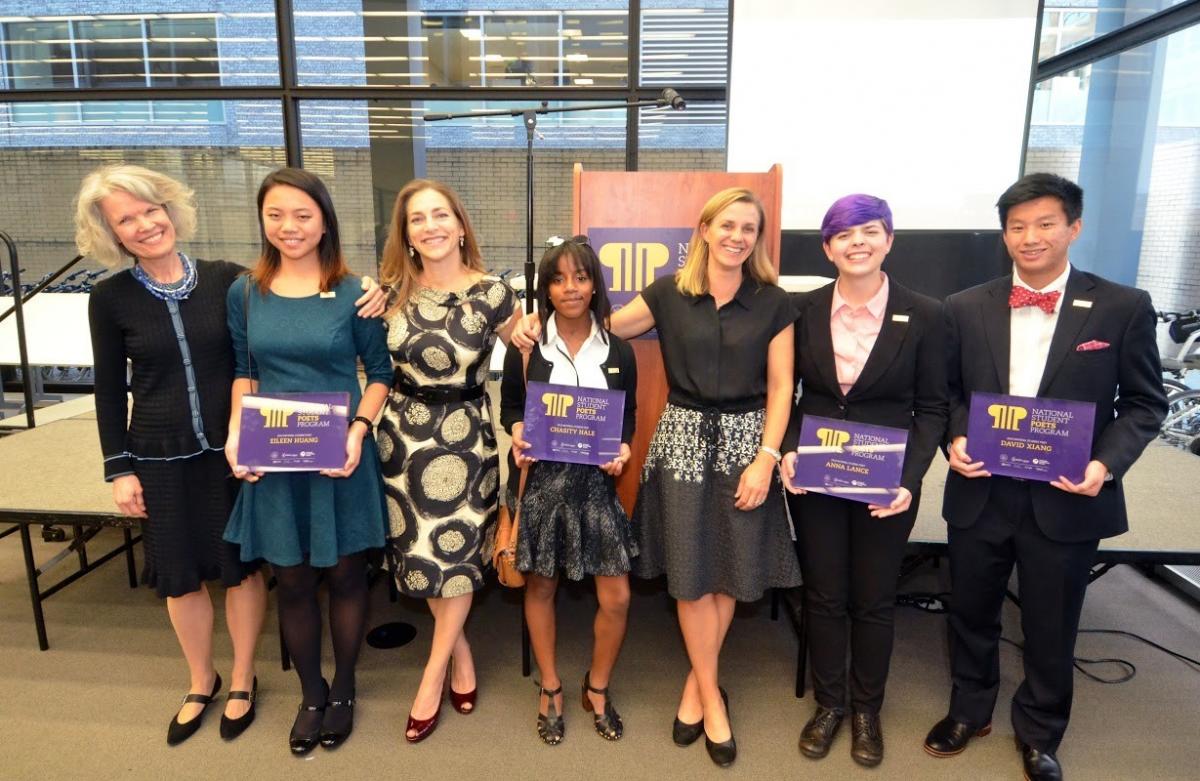