A Message of Farewell

When I was tapped to lead IMLS and arrived in Washington, D.C. from the west coast, I didn’t know what to expect. I had experience running large public library systems from Seattle to San Francisco and had led the California State Library system. But, I knew advancing the work of libraries and museums in the charged Washington political landscape could be a different beast entirely. What I found was a city filled with smart people with a passion for their work and a staff dedicated to the agency’s mission of inspiring museums and libraries. With the support of the Administration, Congress, and many effective national associations, I feel I was able to accomplish a great deal during my four-year tenure. IMLS is now in a better position than ever to support our nation’s libraries and museums. 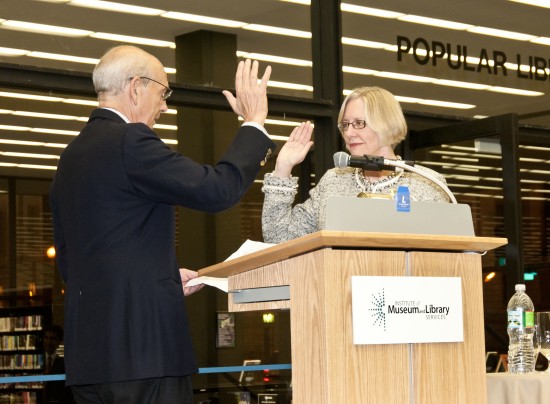 Since I took the helm in January 2011, IMLS has provided nearly one billion dollars in federal support for libraries and museums. We are primarily a grant making agency, and I’ve aimed to demonstrate outstanding stewardship of funds to maximize value for the American public.

One of the efforts I’m most proud of is the development of our strategic plan in 2012. The effort engaged more than 1,500 citizens and provided programmatic direction for the agency’s grant making, research, and policy development. The plan continues to guide our priorities and investments and provides key messages about the capacity of museums and libraries as centers of learning, as community hubs, and as stewards of collections and providers of access to content. It has influenced the very way libraries and museums speak about their relevance in society. 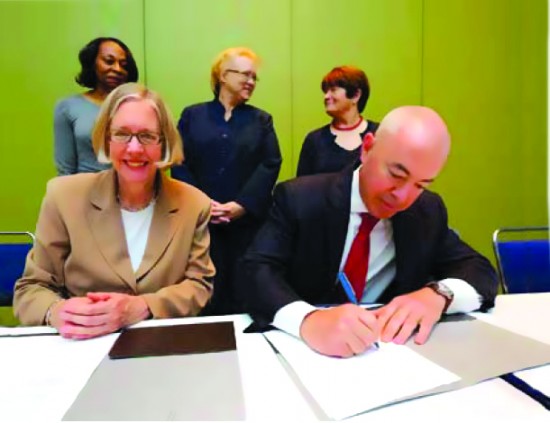 June 30, 2013: Signing of MOU with U.S. Citizenship and Immigration Services

By forging and strengthening partnerships with a host of federal departments and agencies, I have helped to elevate the agency’s reputation among lawmakers and within Washington. I let policymakers know that IMLS could enhance their efforts and help them tap into the vital community center role of libraries and museums. When immigration regulations and laws were changing, IMLS formed a partnership with the U.S. Citizenship and Immigration Service to help libraries become better access points of civic education and training for immigrant customers and English language learners. In anticipation of passage of the Affordable Care Act, IMLS worked cooperatively with Centers for Medicaid and Medicare to make sure that libraries are aware of and could connect customers to information resources and community partners. We also maintain active partnerships with the U.S. Department of Education, the U.S. Department of Labor, the U.S. Department of Health and Human Services, the Federal Communications Commission, and the Consumer Financial Protection Bureau, among others. 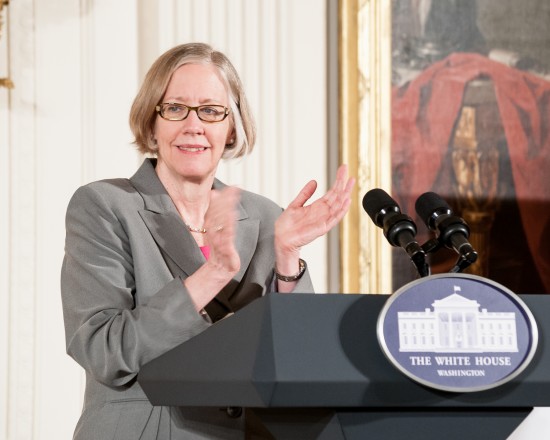 I am proud to have served as a catalyst for engagement with the White House, which recognized the winners of the National Medal for Museum and Library Service and hosted the first-ever White House Library and Museum Champions of Change event. We work closely with the First Lady’s office on the Let’s Move! Museums & Gardens initiative to encourage museum programs that will lead to a healthier generation of kids.

It has been a privilege to support President Obama’s "Educate to Innovate" campaign to promote a focus on STEM (science, technology, engineering and math) education. We established a funding priority for STEM-related projects in FY 2014 and FY 2015, and invested more than $23 million in 140 STEM-related projects during FY 2013 and FY 2014. As a member of the White House maker interagency working group, IMLS serves as a national platform for STEM learning and the budding makerspace movement. Our latest initiative is building a library and museum community of practice in collaboration with the Children’s Museum of Pittsburgh. 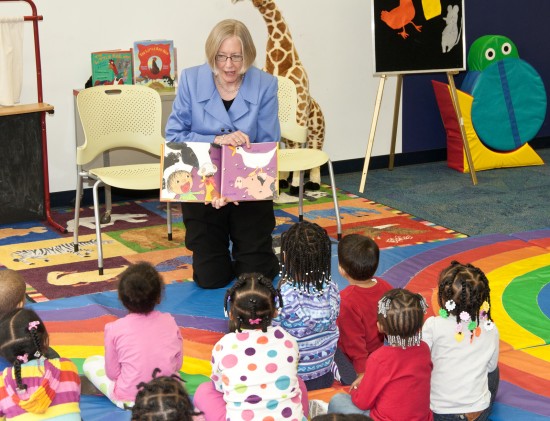 April 24, 2012: Event to announce our partnership with ACF’s Office of Child Care.

We have also made early learning a grant priority to great success, with grants in FY 2012 and FY 2013 totaling more than $6.8 million. We collaborated with outstanding partners in our early learning efforts. With the Campaign for Grade-Level Reading, we produced a publication that highlights contributions and potential of libraries and museums as early learning partners at the local, state, and national levels. With the BUILD Initiative we are developing a framework for libraries and museums to more effectively align with and deepen integration with statewide early childhood systems.

We had an impactful partnership with the MacArthur Foundation to create 24 digital Learning Labs in museums and libraries across the county. Using the foundation’s concept of connected learning, these innovative spaces are changing the lives of kids and the culture of the host institutions. 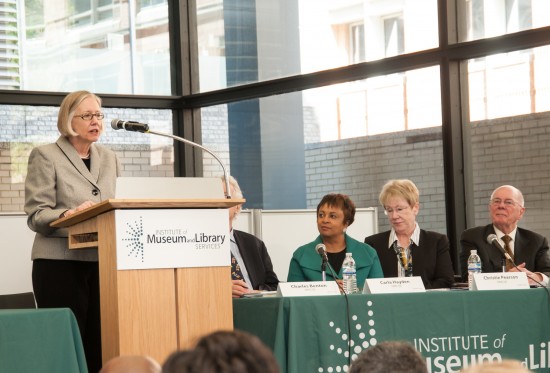 We have strived to expand libraries’ resources for making high-speed Internet available and provide digital literacy support. It was exciting to preside over the first hearing held by IMLS with the support of our partners at the Federal Communications Commission. The hearing focused on broadband and E-Rate, and IMLS provided valuable research and data analysis that contributed to the national conversation. Our hearing gave voice to the essential role of libraries as providers of broadband and digital literacy training.

From our partnerships to our individual grants, we have sought to help museums and libraries meet the needs of Americans, whether to help them develop workforce skills, find health information, follow the path to citizenship, get children off to a great start, or explore their interest in the arts or STEM subjects. We have championed their role as places of lifelong learning and cultural and civic engagement. We have supported collections care and promoted museums and libraries as gateways to content and services that help people thrive.

As a small agency our capacity is limited, but we can be nimble and innovative. I found that IMLS was perfectly placed to see trends, invest in promising projects, and create models of best practices to share with the field. It has been an exciting adventure, and I am thankful to have shared the journey with you.