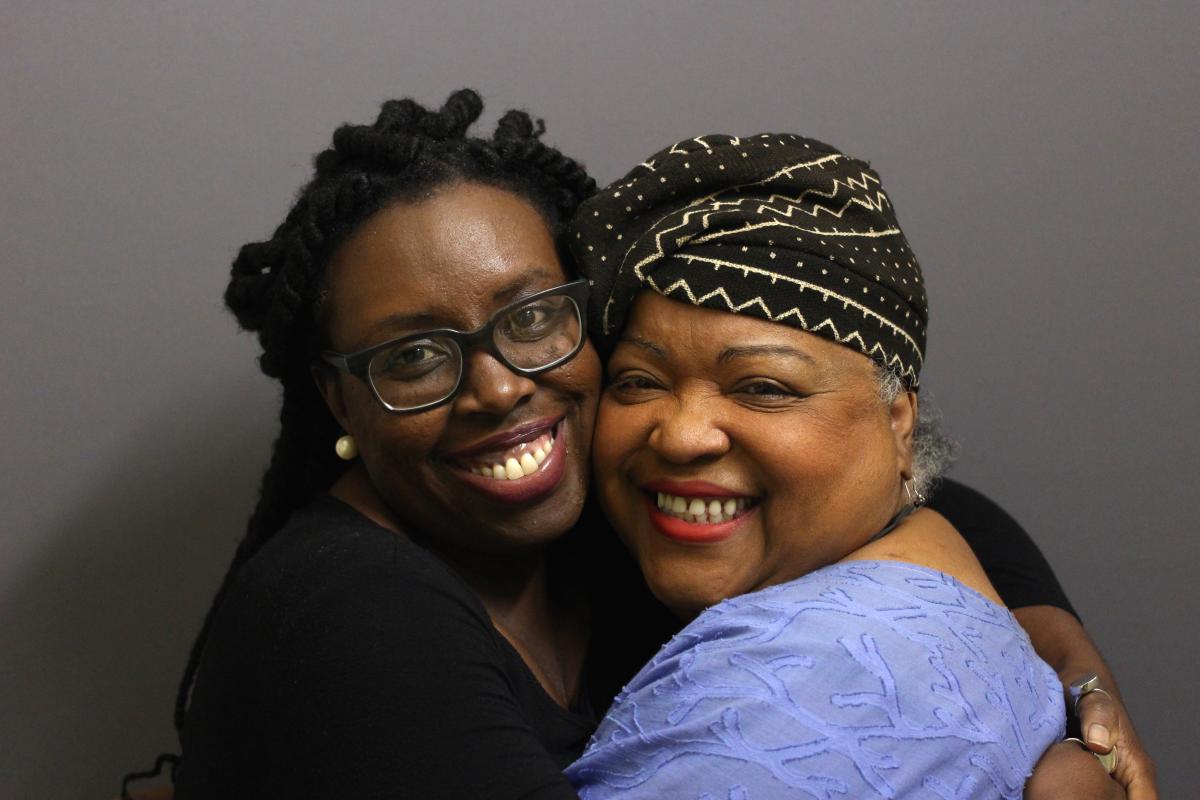 But twenty weeks was a long time to engage people - to teach people or talk to people or let them learn or learn from them about how they do civic living.

In order to do that, we had to offer some things. So what we did was to make sure that there was no hindrance in terms of childcare - that was huge! In a way it happened sort of organically. Kids would come with their parents right after school and there was homework sometimes . . .

Saundra Reed:  . . . here at the Children’s Museum. Then kids hurried up and did their homework . . .

Deirdre Burel: Because they had to play!

Saundra Reed:  They had to play! They absolutely had to play. One of the things about the Children’s Museum that fit so well was that there was this theatre. So that all the meals happened, and all the homework happened, and then all the play happened – but because it was four hours every Tuesday, you had to sort of bring them back to center and so they got to go to the theatre downstairs and they got to go to the movies before mom or mom and dad were done with the real business of learning.

Saundra Reed:  So, it was just so perfect. Kids who came, most of whom had never been to the Children’s Museum before, and it gave them a favorite place to be.

Saundra Reed:  I was an adult the first time I came to the Children’s Museum and I was enamored and awed. There was some kind of project going on and they were making hats out of brown paper bags and everything that could be glued, colored and speckled . . . and I made hats for two hours! I made hats for me, I made hats for kids, I helped kids make hats, I made hats with . . . I was that little girl again.

Deirdre Burel: Right, and I think that’s the magic, I think, of this place.

As an adult, it invites you to be fully present and fully alive, and I think for children it’s a space that’s uninhibited, like where your creativity, your imagination can run free.

The gift of PLTI being here and particularly for our babies being here, is that yes, it was everything that they experienced, but it also made it theirs. “This is the place I go, this is where we do this thing.” So that for families, this was their space and that to me is really what I hope both in its iteration now but as the museum moves to City Park that we can really create that connection for as many children and families in the city, that this feels like their thing. This is theirs.

Saundra Reed:  There’s a reason why the Louisiana Children’s Museum works. There are walls but there are not boundaries.