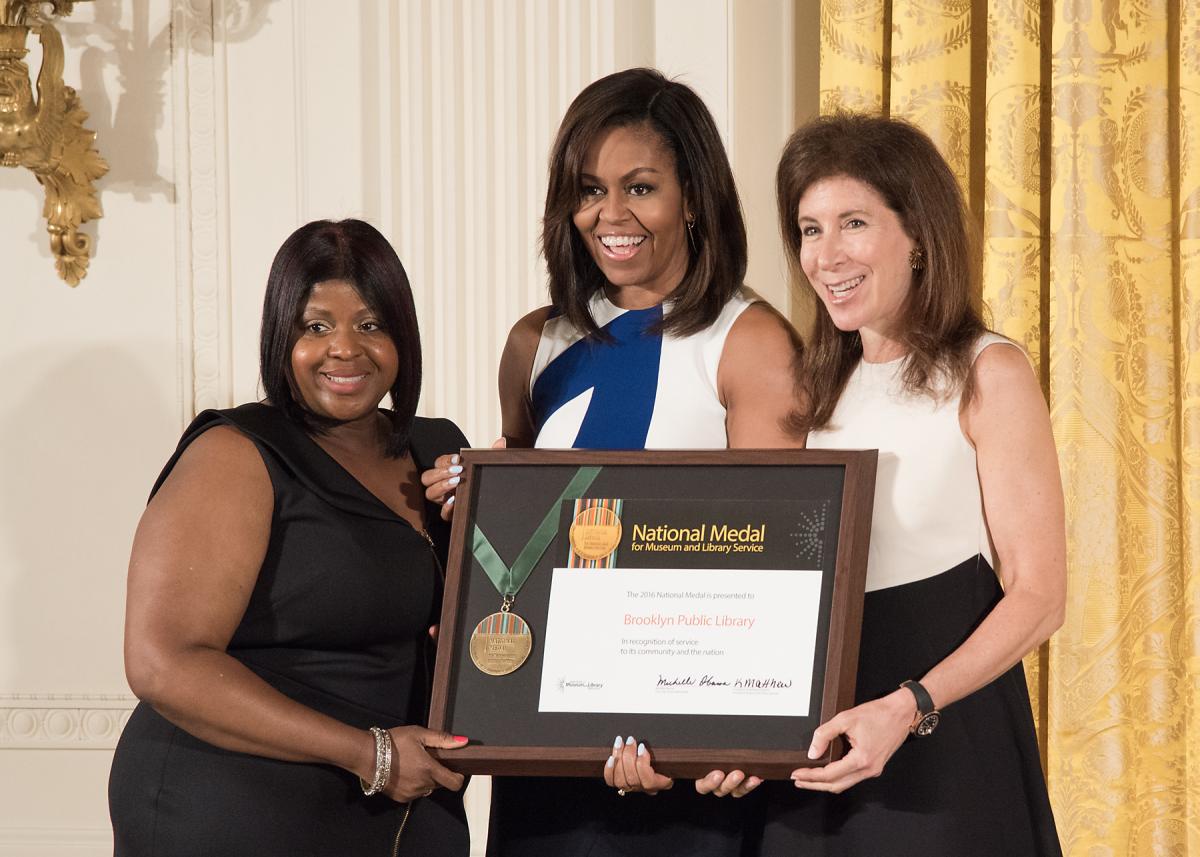 The Brooklyn Public Library of Brooklyn, New York, is the fifth largest library system in the United States serving 2.5 million residents. The institution is known for its robust outreach services for all ages and stages of life, including new Americans, older adults, and veterans. The library also serves as a second home to many, such as community member Kim Best, who has been an avid user of the library since her family moved from South America when she was six years old. Best has passed on her love for the library to her ten-year-old son and she credits the institution with his success in school and his ability to excel.

The Chicago History Museum: A Place Where Sharing Occurs 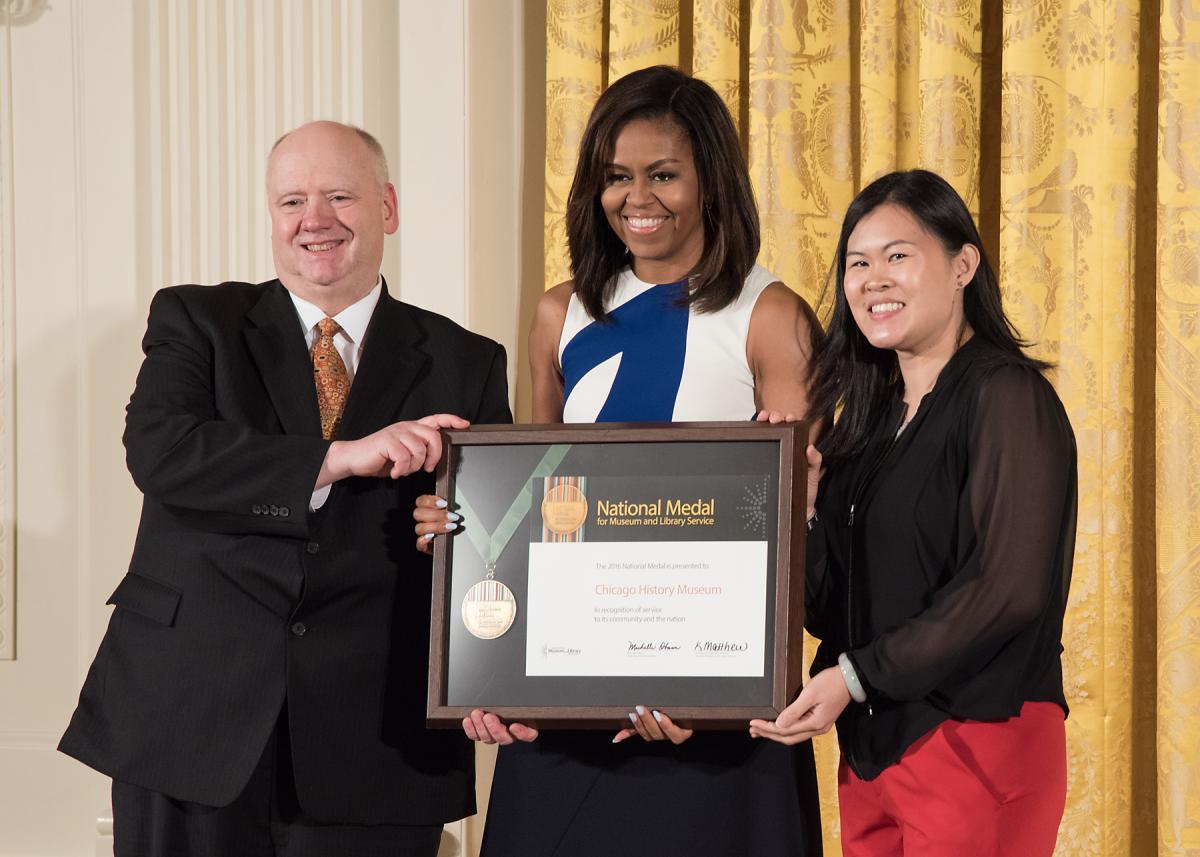 The Chicago History Museum of Chicago, Illinois, is the city’s oldest cultural institution. The museum serves as a hub of scholarship and learning, inspiration and civic engagement and has dedicated more than a century to celebrating and sharing stories of Chicagoans, like Joyce Chiu, a first-generation American. Chiu spent as long as she can remember in her father’s local bakery in Chicago’s Chinatown neighborhood, watching the community come together and share stories. This culture was brought to life when the museum interviewed her family for the “My Chinatown” exhibit. “It’s meaningful that the ‘My Chinatown’ exhibit is able to preserve the stories of our parents and grandparents for future generations,” said Chiu. 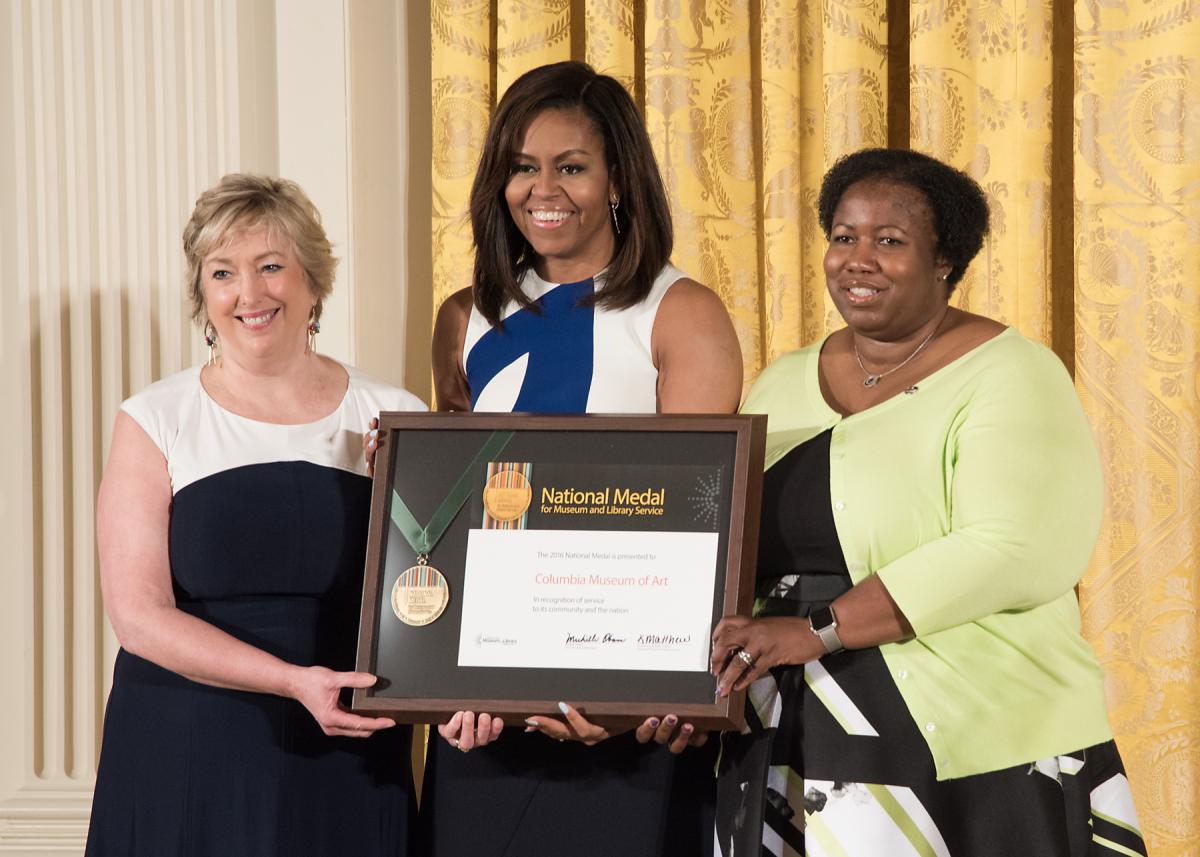 Columbia Museum of Art of Columbia, South Carolina, is revitalizing the city center and redefining the art museum as a bustling social hub of its community. Through partnerships, the museum is helping to build a New South by investing in the community’s children and families. The museum also offers inspiration to many artists, such as poet Joyce Rose-Harris, a long-time member of the museum. “There hasn’t been another place artistically within South Carolina that has had as much of an impact on me and my art,” said Rose-Harris. 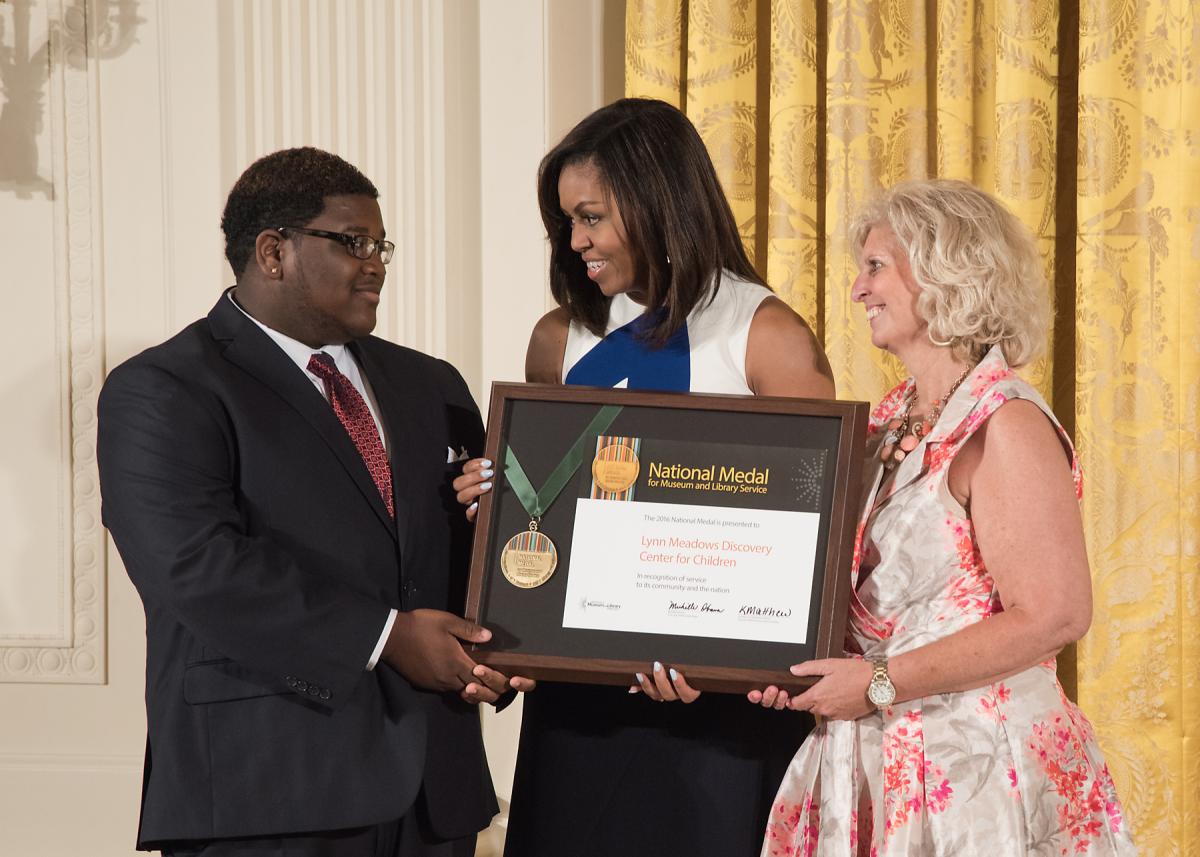 When Lynn Meadows Discovery Center for Children of Gulfport, Mississippi, opened its doors in 1998, it was Mississippi’s first children’s museum. The institution has remained dedicated to expanding a child’s world through shared learning experiences, enriching the minds and hearts of children, families, and communities.  The center’s WINGS Performing Arts program helps community members like Brandon Spann believe in their dreams, find their voice, and stay on track to finish school. 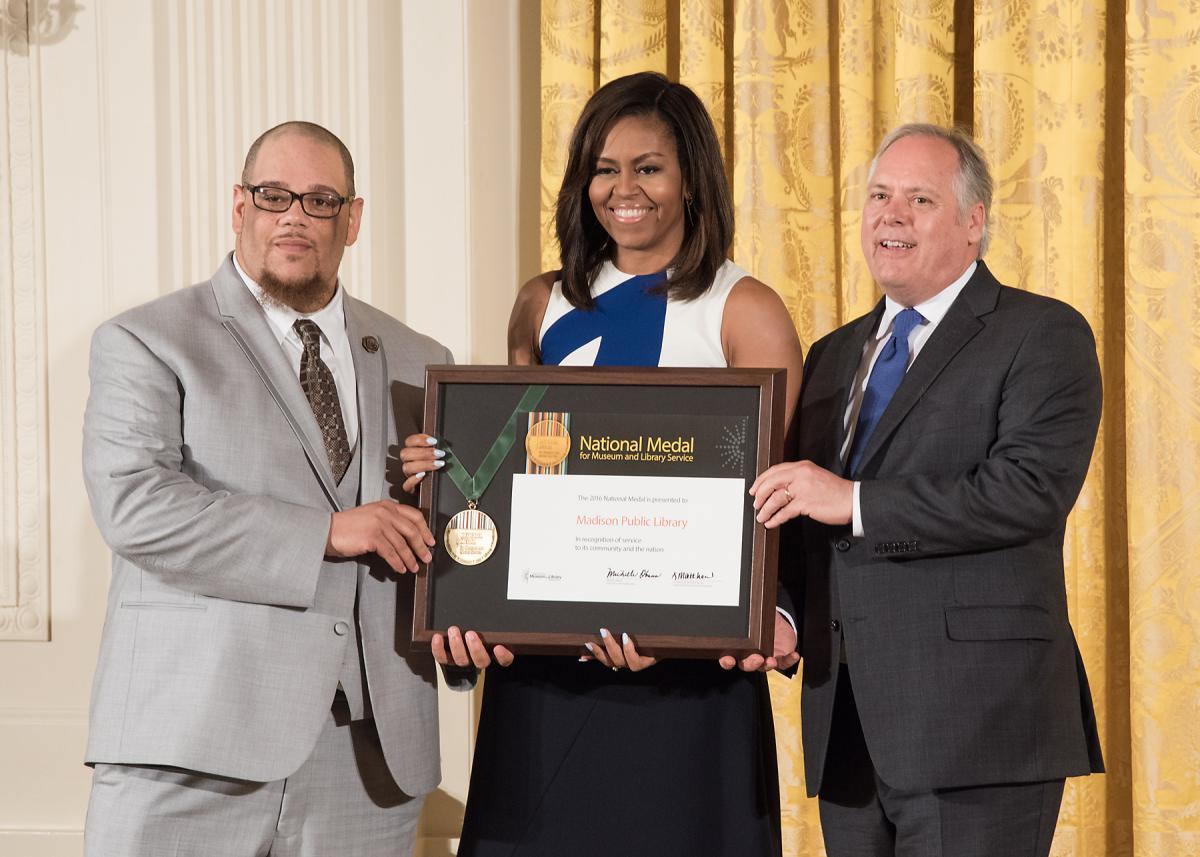 Madison Public Library of Madison, Wisconsin, has been a steward for education, literacy, and community involvement for more than 140 years, connecting visitors to programs and services, community resources, and each other.  The library has a long history of providing hands-on resources, such as a Media Lab where rapper and spoken-word hip-hop artist, Rob Franklin, was able to make his dream a reality – recording his music, creating music videos, and designing posters and album artwork. 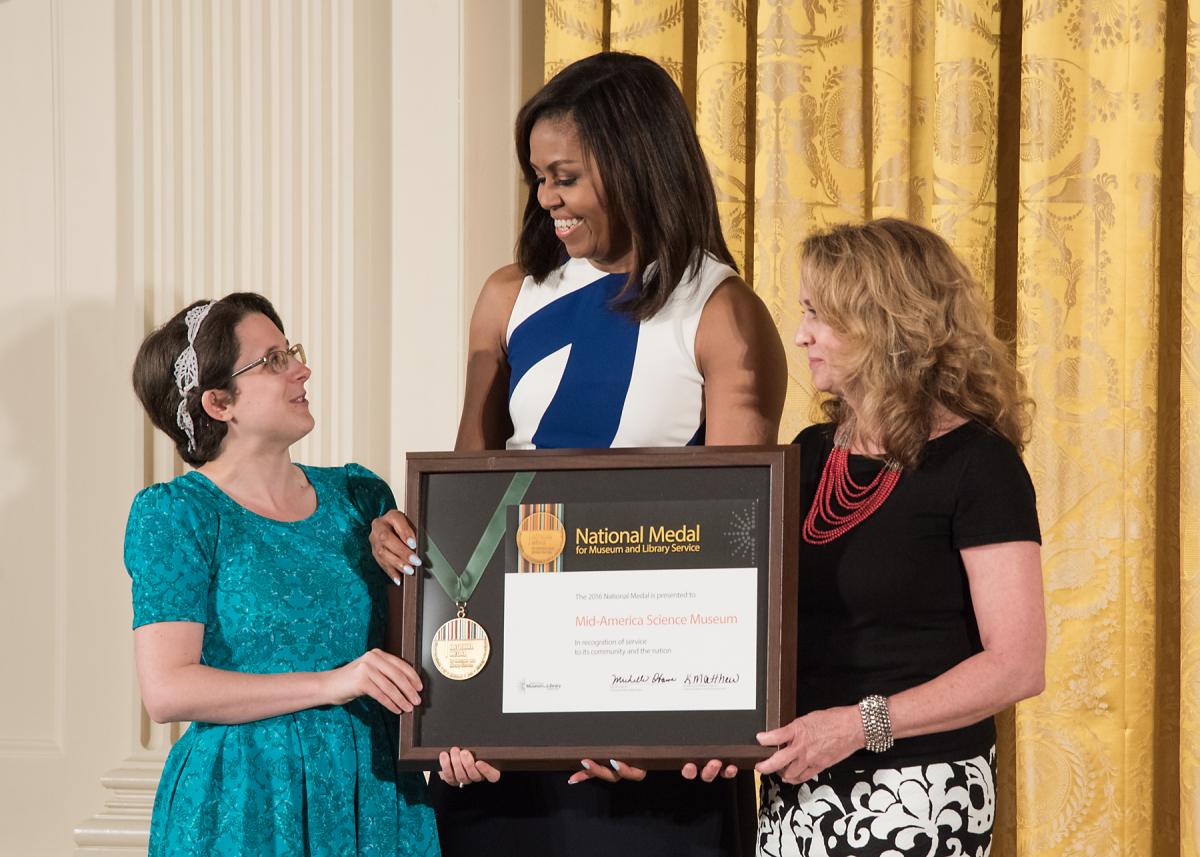 Mid-America Science Museum of Hot Springs, Arkansas, is an award-winning, state-of-the-art science museum and home to over 100 interactive science installations. The museum also provides hands-on educational experiences for children who may have minimal exposure to science and other museum activities. “The experience of being a hands-on educator at the museum reawakened my passion for working with children and helping them make discoveries,” said Casey Wiley, a community member, former museum educator, and fifth grade science teacher. 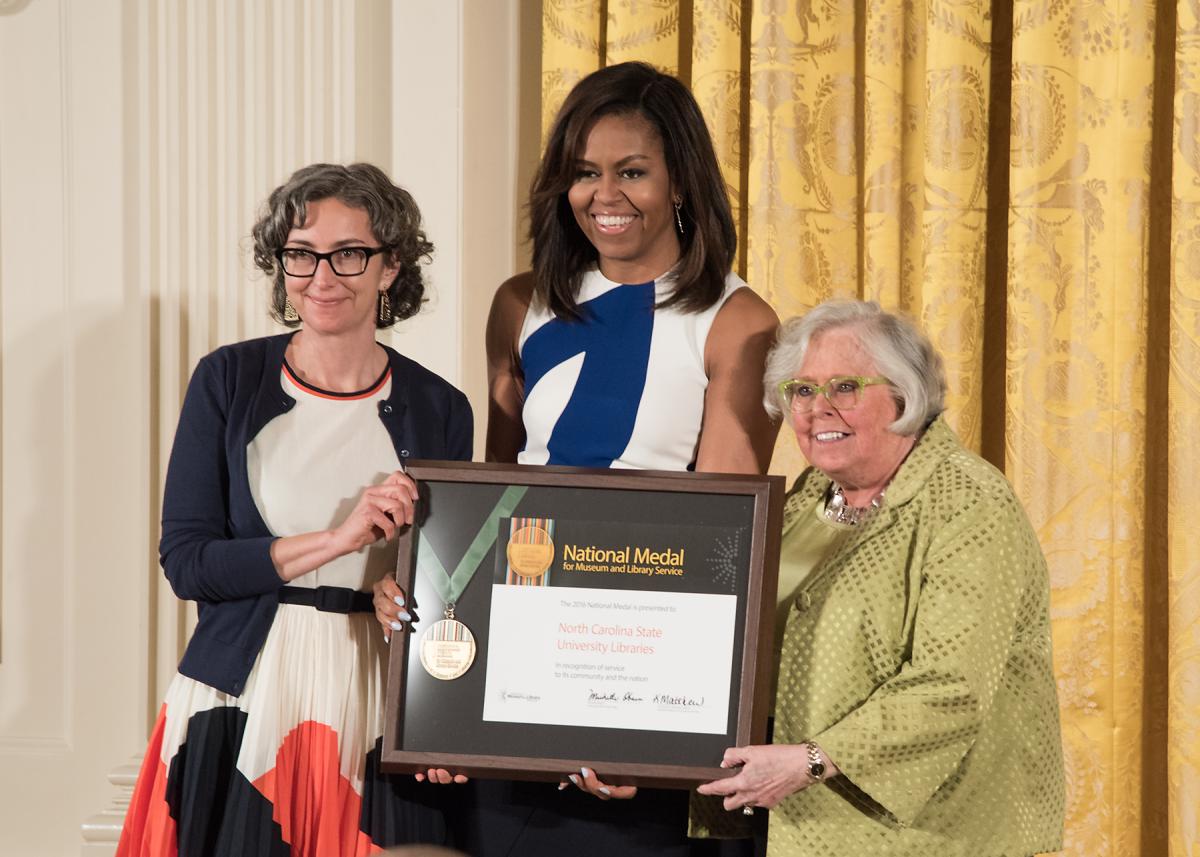 North Carolina State University Libraries of Raleigh, North Carolina, serves as a gateway to knowledge for the local community and its partners. The libraries' collections reflect the historic strengths of the university as well as its vision for the future. Long-time NCSU professor, Marsha Gordon, brought new life into her teaching approach by partnering with NCSU Libraries and using their cutting-edge technology in the classroom. “NCSU Libraries have really thought about what it means to be a 21st century library. It’s a perfect combination of offerings that help students learn and express intellectual and creative flexibility,” said Gordon.

Otis Library: A Home Away From Home for New Americans 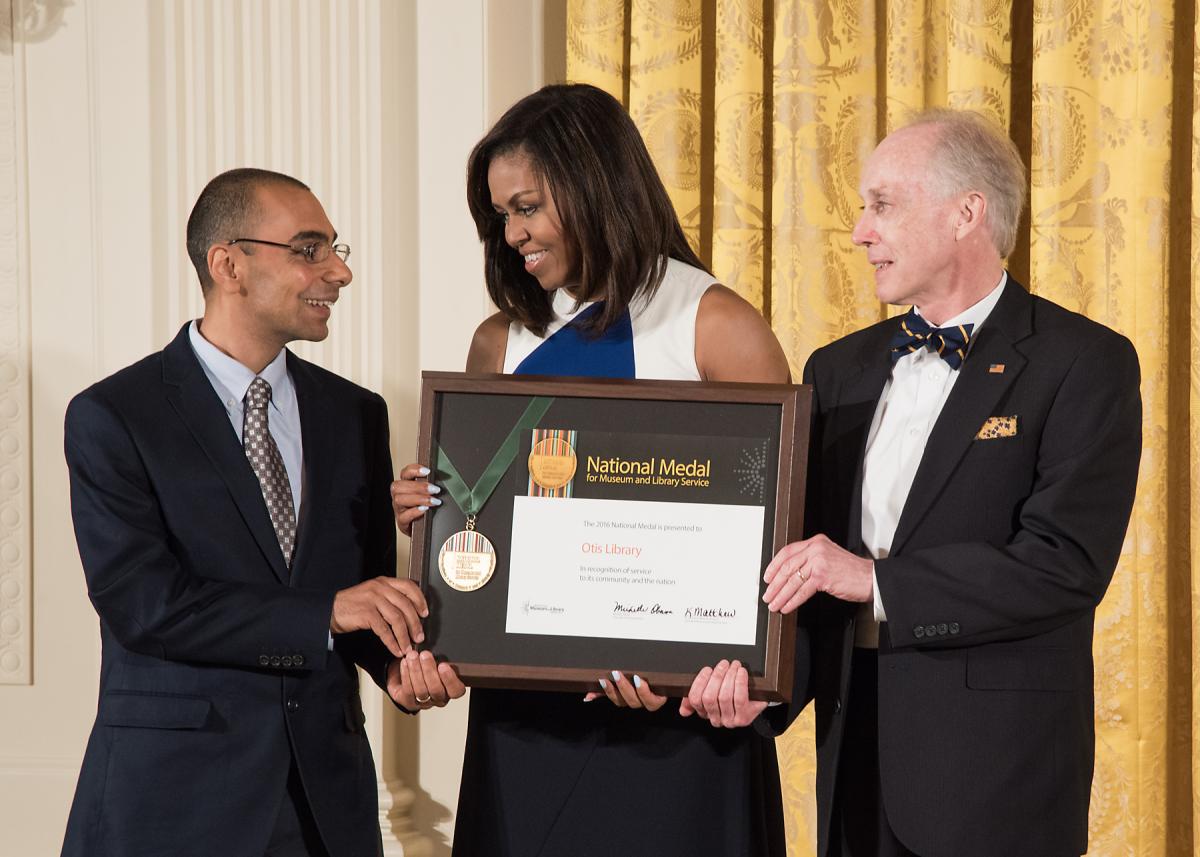 Founded in 1850, Otis Library of Norwich, Connecticut, serves as a community center and a collaborative, engaged partner. The library addresses the needs and interests of its community, providing opportunities for lifelong learning and personal growth, as part of its goal to create a healthy, literate community. Otis Library also serves as a home for new Americans, like Bassem Gayed, who, after many years with the library was appointed the Multicultural Services Coordinator. Because he understood the immigrant experience, Gayed was able to help other immigrants acclimatize to life in the U.S. and flourish the way he had. “At the library, if we teach kids from a young age about other cultures – that there are other people who think, live, and worship this way – it makes a difference, it makes a better world,” said Gayed. 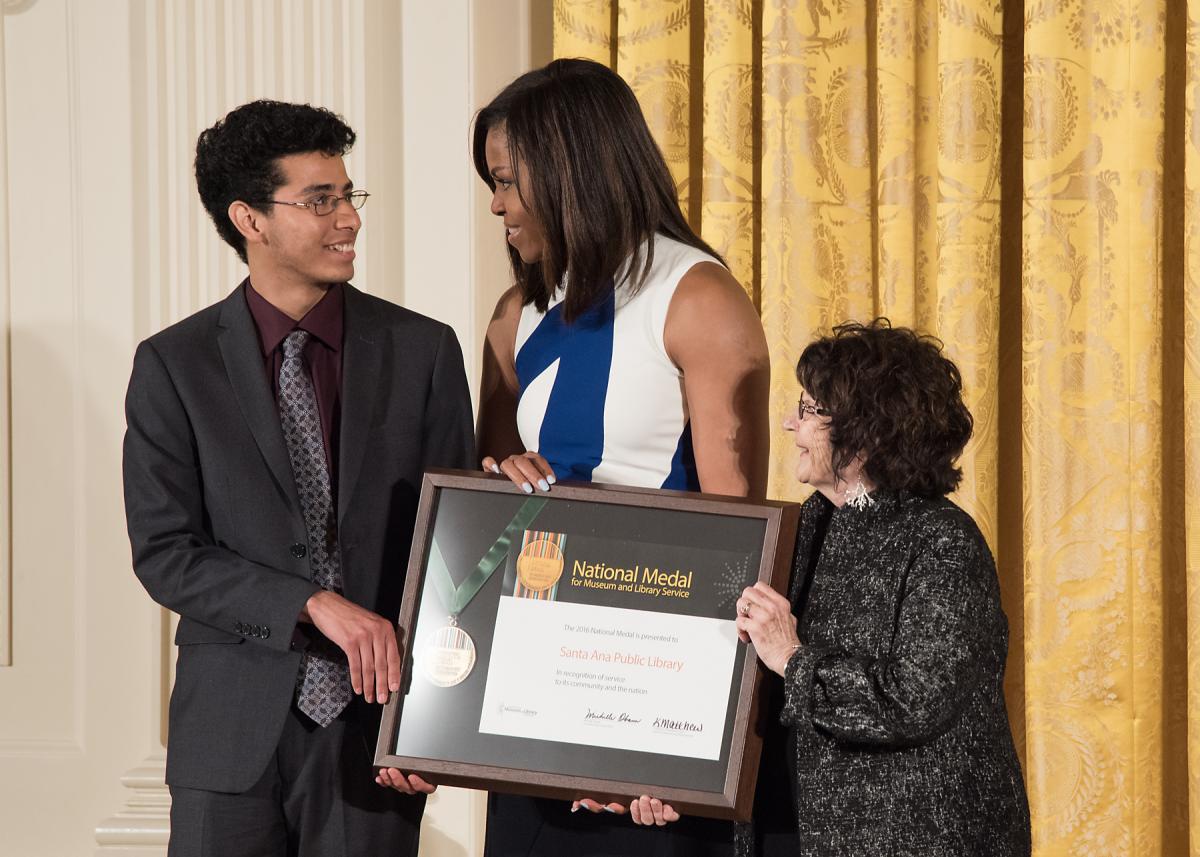 Santa Ana Public Library of Santa Ana, California, has served the community for 125 years. The institution’s programming focuses on improving the community’s collective life for all ages and demographics, supporting the large immigrant population and bridging the digital divide. For individuals like Victor Gudiel, the library is an avenue for discovering their life goals. When his family was homeless, Victor Gudiel’s trip to Santa Ana Public Library introduced him to a special community. Suddenly, he was hooked on the library, going every day after school and taking a part-time job after school. The library was vital in showing him how to apply for college and financial aid. “I didn’t think I was going to go to college. That wasn’t a reality until I started coming to the library,” said Gudiel. 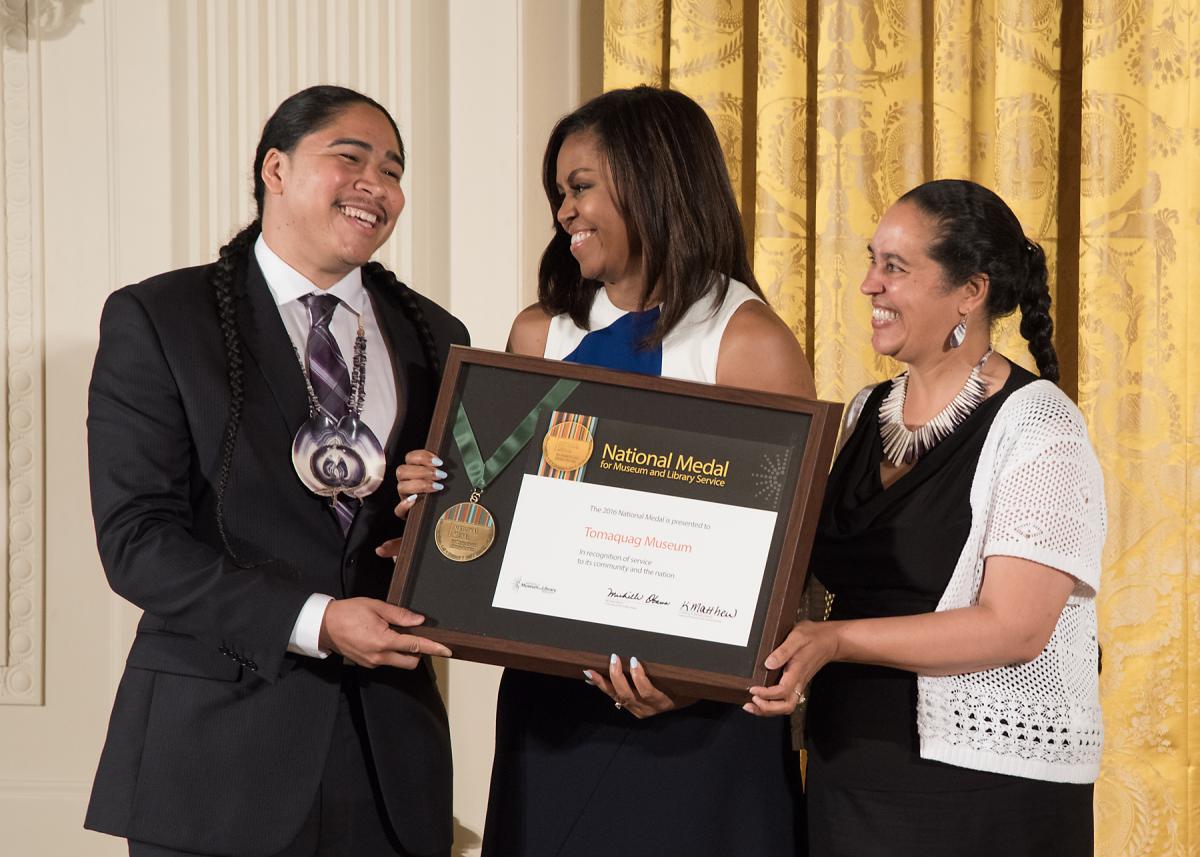 Tomaquag Museum of Exeter, Rhode Island, is the state’s only Native American museum, empowering Indigenous people and serving as a bridge to promote better understanding of the Native community’s needs, history, culture, and impact on today’s society. The museum encourages the Indigenous people, like Christian Hopkins, to embrace their identity. Growing up, Hopkins worked as a docent, attended classes, tutored youth and became heavily involved in Narragansett performance arts forms, including flute, drums, and dance. “Tomaquag played a huge role in my life. It instilled a strong sense of pride and without it I wouldn’t be on the course I am,” said Hopkins.

Ongoing Endeavor To Be of Service to their Communities

As she closed her speech during the June 1 ceremony, IMLS Director Dr. Kathryn K. Matthew said, “Our nation’s museums and libraries are true community anchors, promoting learning among many ages and backgrounds through breathtaking collections, engaging programmatic experiences and supportive services.” Year after year, IMLS continues to honor these institutions for their mission to serve their communities.