Home » News » Blog » Computer Science for All: How Libraries Can Support the Next Chapter in Black History

Computer Science for All: How Libraries Can Support the Next Chapter in Black History 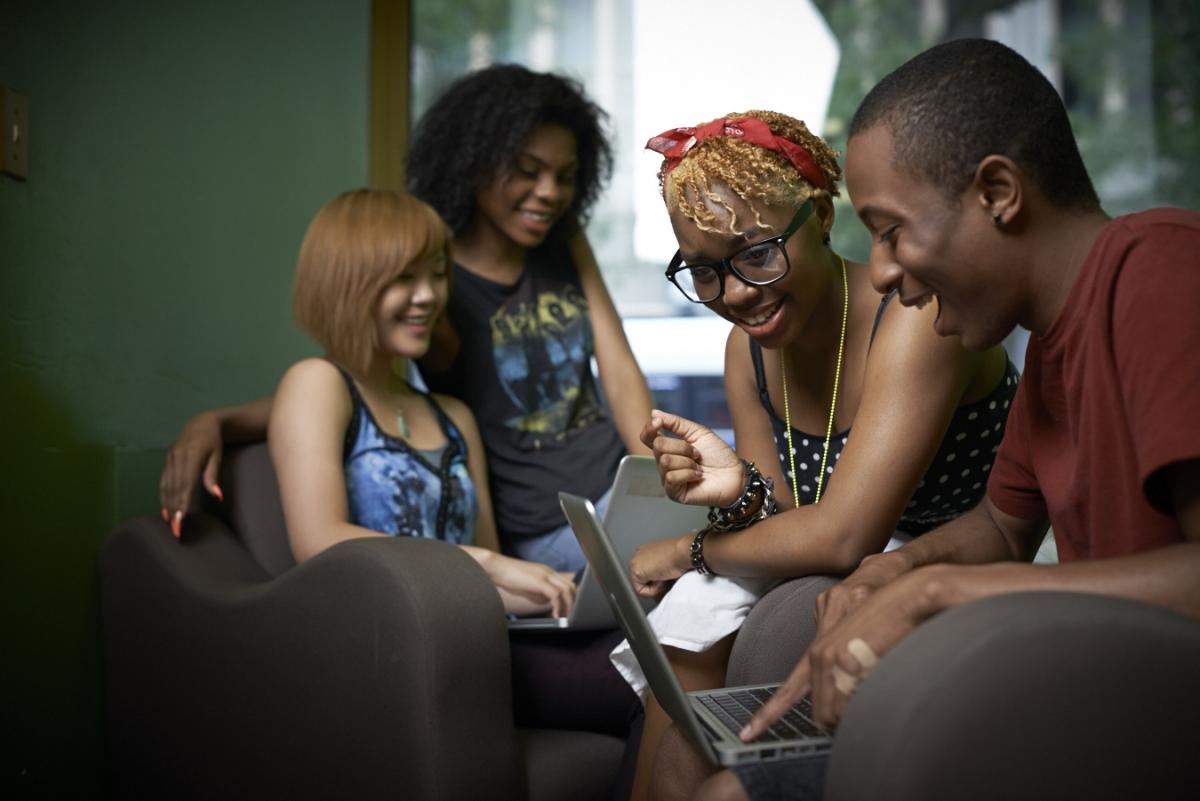 Editor’s Note: For Black History Month, IMLS honors the contributions and accomplishments of African Americans throughout our nation’s history by taking a look at the essential role of libraries in black history—both in the past and going forward. IMLS African American History and Culture grants are just one of the ways that the agency supports African American communities across the U.S. We join the Library of Congress, National Archives and Records Administration, National Endowment for the Humanities, National Gallery of Art, National Park Service, Smithsonian Institution, the United States Holocaust Memorial Museum, and others in paying tribute to the generations of African Americans who struggled with adversity to achieve full citizenship in American society.

For most of American history, African Americans were excluded from using libraries or attending library programming, which almost certainly contributed to a significant gap in literacy in comparison with their white neighbors. In response, in the 1830s, African Americans began to open up their own libraries, such as the Philadelphia Library Company of Colored Persons. The men and women who founded the first colored libraries were faced with the double task of helping former slaves through the trauma of emancipation while at the same time preparing them for life and work in a nation shifting from the field to the factory—the industrial revolution. They were tasked with ensuring that their children and the future generations of black boys and girls had access to the tools and resources required to be fully engaged and literate citizens even as the basic skills needed to participate in the American economy were changing every day.

Despite continued progress that has allowed equal access to library services for African Americans, there remains a great struggle to attain equitable access to and mastery of both traditional and emerging types of literacies. Today, as history repeats itself as it often does, a technological revolution has once again brought us to a point where black children lack the resources and skills needed to participate in the 21st century American dream: computational literacy.

As the foundation of both our economy and social fabric relies more and more on technology, educators and business leaders have acknowledged that mastery in computational thinking and computer science is a required skill for young people hoping to tap into the jobs of today and tomorrow. Google and the American Library Association are just two of the organizations that have recognized how libraries can fill the gaps in this space. The Libraries Ready to Code program encourages public libraries across America to promote computational thinking and to build the capacity of partners, parents, teachers, and caregivers to support children’s learning in this area. Just as they have in the past, libraries have begun to serve as equity engines, helping more young people reach their full potential.

I know firsthand the tremendous impact that libraries as well as museums can have in making computer science and computational literacy available for all. I spent much of my formative years between the housing projects in River Rouge Michigan and in the shadow of the marathon gas refinery in southwest Detroit. With little-to-no access to the Internet and no engineers or computer scientists in our community, there was never any exposure to STEM programming. I was first introduced to computer science in the fifth grade after a field trip to the Henry Ford Village Museum, where I saw a new exhibit that outlined the impact computers were having on the car industry. That night, I went to my grandfather and told him all about it. He sat with me, opened an encyclopedia, and we both explored this new world.

In the months and weeks that followed, since we did not have a computer or Internet access at home, I went to the school or neighborhood library, where I would research and read more about coding. Eventually, my librarian, Ms. Bumgardner, gave me an old, outdated textbook, Basic FORTRAN. Over the next couple of years, I taught myself FORTRAN, and then C, and eventually Python and C++ software languages. By the time I went to Morgan State University, where I eventually earned my doctorate in Electrical and Computer Engineering, I was well ahead of most of my classmates. Without even knowing it, my childhood library was doing for me what the founders of the Philadelphia Library Company of Colored Persons had done for black boys and girls over a century before—helping me climb over the institutional barriers that kept most kids of color from reaching their full potential.

In my experience, my local library did not have an established community STEM program to inspire young boys and girls of color to become computer scientists. It simply served as a safe space, allowing me access to material that let my imagination soar. I often wonder how the story of my community in River Rouge, Michigan, might have been different if there were such a program available. There could have been 100 other kids like me who spent time at the library learning computer science, who shared a journey similar to mine, a journey where a starry-eyed kid who wanted to learn about coding became a White House staffer creating policies to help boys and girls of color master coding and computer science. I wonder what it would be like if my story were not the exceptional outcome, but the expected one. In a time where we still struggle to address issues of racial inequality and inequity, our nation’s libraries and those who support them may find themselves poised to be a part of the black history stories of the STEM and computer science leaders of tomorrow.

Dr. Marvin D. Carr was appointed STEM and Community Engagement Advisor in May 2016. Dr. Carr previously served as Policy Advisor for STEM Education, Innovation, and Diversity to U.S. Chief Technology Officer Megan Smith in the White House Office of Science and Technology Policy. A Detroit native, Dr. Carr has worked with federal agencies, local leaders, the business community, and academia to support access to STEM for all Americans, especially those on the margins. Part of his work involved leveraging local engagement and community resources to enhance the STEM and Innovation aspects of the White House's STEM polices and President Obama's My Brother's Keeper Initiative, which promotes opportunity creation for all young people. Before joining the White House, Dr. Carr worked with schools and government in Baltimore to implement STEM training and tutoring for inner city youth and their parents.