Interview: Reflections from a Site Visit to Maine

This interview between two IMLS staff followed an August site visit to Maine State Library, which is part of the regular cycle of Grants to States monitoring efforts. 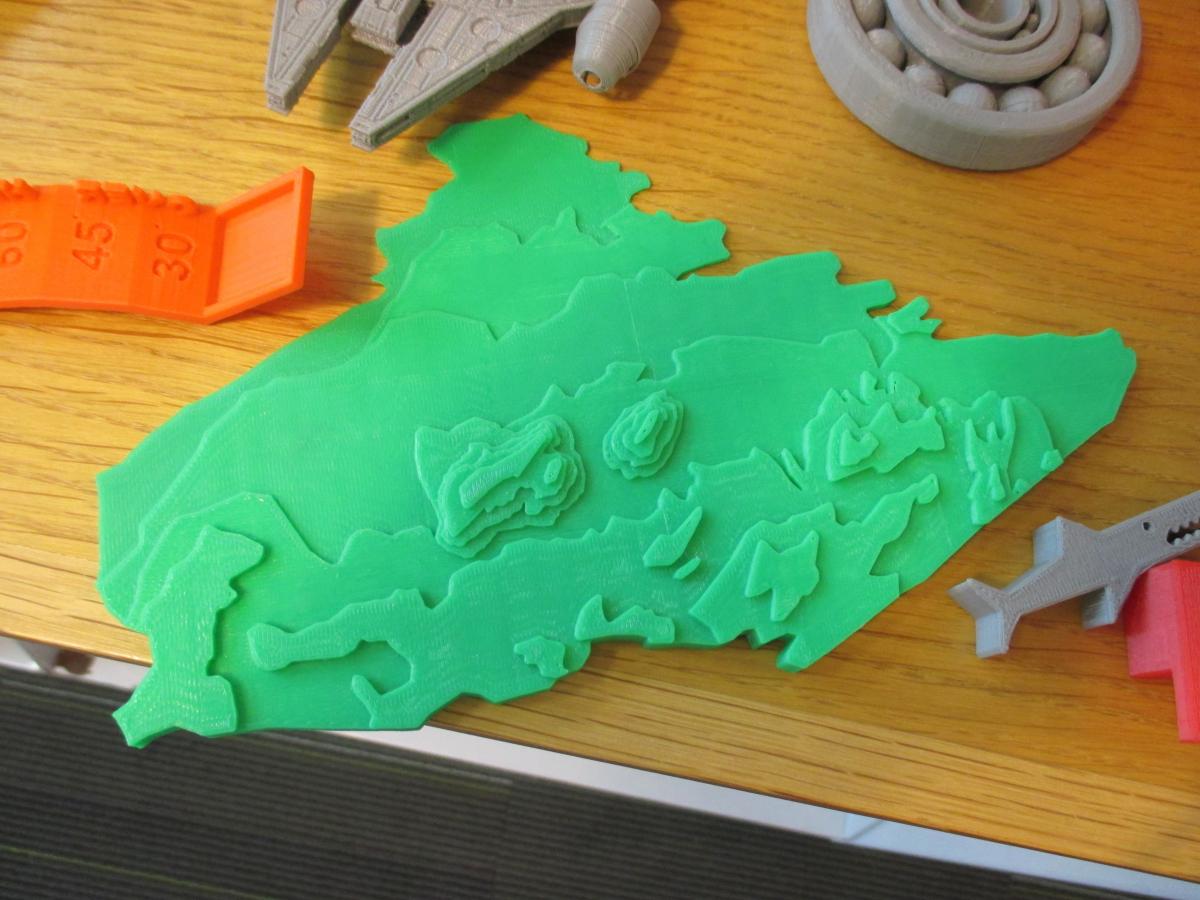 A 3D-printed map of Maine at Portland Public Library

Marvin: Well, I may be a little biased for several reasons. For starters, as a new staffer to IMLS and neophyte in the library world, the Maine State Library was the very first state library that I have ever visited. Bias, number 2, I saw the amazing programs and initiatives they were doing in the areas of science, technology, engineering and mathematics (STEM), so I was sold before I even set foot into the place. Since then though, I have visited other state libraries and it is very true that they are all unique. But, it is also noteworthy that while their programs, projects, and frameworks are all very different and unique, the problems and issues that they intend to address are ubiquitous!

Teri: Maine gets a smaller annual IMLS grant based on population and provides a variety of library services at the state level. How did you see those working in places like Winslow Public Library and our other visits to the field?

Marvin: Even though they get one of the smaller IMLS Grants to States allotments, it was very clear to me that the state library, particularly through Library Services and Technology Act (LSTA) funding, is the lifeline for many of the innovative and essential services that libraries all across the state depend on. Because of its small population and how spread out the libraries are, beta testing at the state library reduced the risk of failure and burnout from the local branches and has proven to be a great approach for implementing new and exciting programs. For instance, the state library delivers STEM exploration tools like telescopes to small and rural libraries across the state with their LSTA-funded van delivery service. Winslow’s children benefit from this greatly as they stare into the heavens during a successful star-gazing program.

Teri: Maine is also one of the few state libraries with an IMLS National Leadership Grant for STEM-based work.   What did you take away from the partner meeting with Cornerstones of Science?

Marvin: Our National Leadership Grants are meant to advance theory and practice that supports the field. The partnership between the Maine State Library and Cornerstones was leading to deliverables to do just this. The tools and frameworks, process and benchmarks that will eventually come out of this project will help countless public libraries to transform into a sort of Community Science Resources Center. For me, this is important and personal. My own love for science and engineering and knack for logical and computational development was molded and mothered by my own childhood librarian in little River Rouge, Michigan, Mrs. Bumgardner. The library for me, with no computer access or digital tools at home, was the tool for equity that helped me to be the not-so-shabby engineer and mathematician that I am today.

Teri: This was one of your first introductions to library work in the field. Do you have other takeaways from the visit, or the value of libraries, in general? 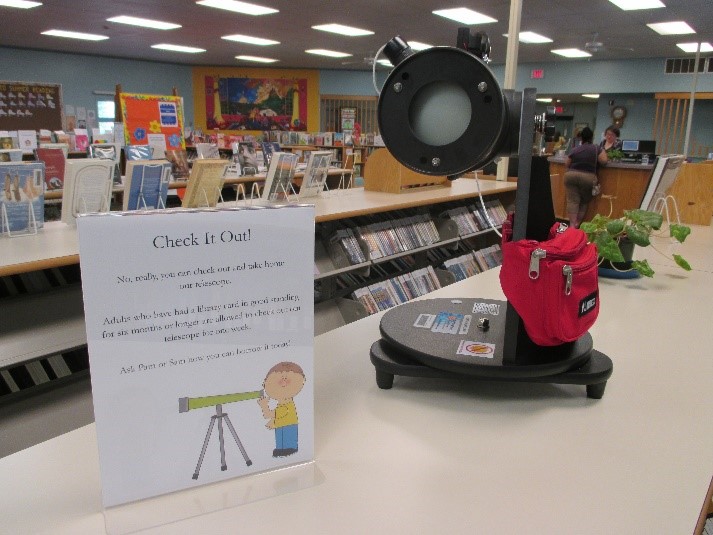 A telescope patrons can check out at Winslow Public Library

Marvin: Admittedly, when first presented with the opportunity to attend the site visit in Maine, I thought to myself, this will be very different. For all my life, I have lived in the inner-city in mostly Hispanic and African-American communities. I had never been to a rural library, and the only small library I had ever visited was the one that I grew up with. To that point though, I would add that much of my world view, and approaches to understanding it, is driven by my lived experiences. My visit to Maine enhanced that lived experience, as it was expanded by people and themes that I would otherwise never encountered.

If I had to sum up this trip in one word, it would be ubiquity. With very few exceptions, the challenges facing libraries and their communities in places like the west side of Detroit are very similar to those faced by the libraries in the hills of northwestern Tennessee or the small towns in Down East Maine. During this trip, several themes emerged, grounded in issues like scarcity of funding, the impact of the digital divide, the evolving role of the library in the social and economic movement of communities, and the important role that IMLS plays to help address all of these issues.