Faciloscope: New Tool in the Facilitation Toolkit for Blogs and Social Media

“Don’t read the comments!” That bit of unfortunate advice has become all too common all over the internet. It comes in reaction to the way conversations in comment sections, on social media, or in internet forums can stray wildly off topic, veer toward bizarre conspiracy theories, or even turn abusive. The problem can be especially vexing for outlets whose goal is to host conversations about scientific topics such as climate change are overrun by participants whose goal is to derail the conversation or to use the occasion to advocate for or against a particular political cause. In 2013, Popular Science took the surprising step of shutting down their comments section after too many such episodes.

But a project undertaken by the Writing, Information, and Digital Experience research center at Michigan State University aims to help. A team of faculty and students at MSU has released a new app, named The Faciloscope, developed in conjunction with partners from The Science Museum of Minnesota and the Museum of Life and Science in North Carolina.

The Faciloscope is a tool designed to analyze online conversations like the ones seen on social media or in the comment section of a blog or news story. It was conceived as part of a larger WIDE Research Center project to study online facilitation techniques supported by the Institute for Museum & Library Services. You can read more about the earlier WIDE Facilitation Project and see some of the original research that the Faciloscope builds upon. 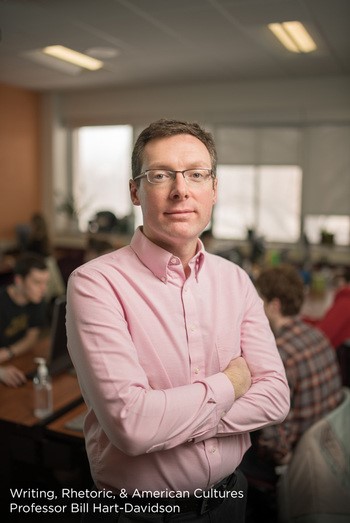 The Faciloscope is designed to be especially useful for moderators or facilitators of online conversations, to help them get a global sense of how the conversation is going, and what if anything might be done to help move the conversation along in a productive way. It might also help a moderator to know when a conversation has fizzled out or is, perhaps, not worth continuing.

The Faciloscope works by breaking a conversation down into three basic functional “moves” that participants make that move conversations along. It does this by interpreting every sentence-sized chunk of the conversation and classifying the results using a machine-learning algorithm trained to recognize the three moves.

Like other types of rhetorical analysis work, the analysis the Faciloscope performs is more concerned with the functional aspects of discourse than the *content* of the discourse. That is, the Faciloscope is not reading and evaluating the truthfulness or accuracy of statements people are making. Rather, it is watching for the kinds of moves people make that have an effect on the overall dynamic of a conversation: moves that can keep it going or shut it down. 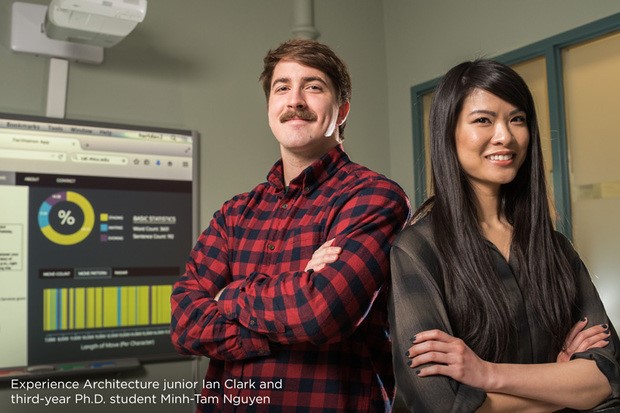 We are proud to have the chance to release the Faciloscope to the primary audience for which it was conceived: informal learning facilitators who are engaging learners in online spaces. We are deeply grateful for the guidance of the informal learning experts involved with the original Facilitation project research. These include representatives from the Science Museum of Minnesota and the North Carolina Museum of Life Sciences. A related audience is the group of investigators named on the IMLS grant that funded both the Facilitation project and Faciloscope development. These investigators include principal Jeff Grabill (Michigan State University), Beck Tench (formerly North Carolina Museum of Life Sciences, currently University of Washington), Troy Livingston (formerly North Carolina Museum of Life Sciences, currently CEO, The Thinkery, Austin, TX), and Kirsten Ellenbogen (formerly Science Museum of Minnesota, currently President and CEO, Great Lakes Science Center, Cleveland, OH).

We also hope that a broad group of online forum moderators who wish to promote discussion and would like a global view of these discussions will find Faciloscope useful. One such group that we have had contact with is SpeakUp NC, a group invested in elevating the level of online commentary on hot-button news items (see http://speakupnc.org/).

You can read the comments again!

We invite readers of the IMLS UPNext blog to give the Faciloscope a try and tell us what you think. The About page offers help to get you started, refine and interpret your results.