StoryCorps Interview at Schomburg Center for Research in Black Culture 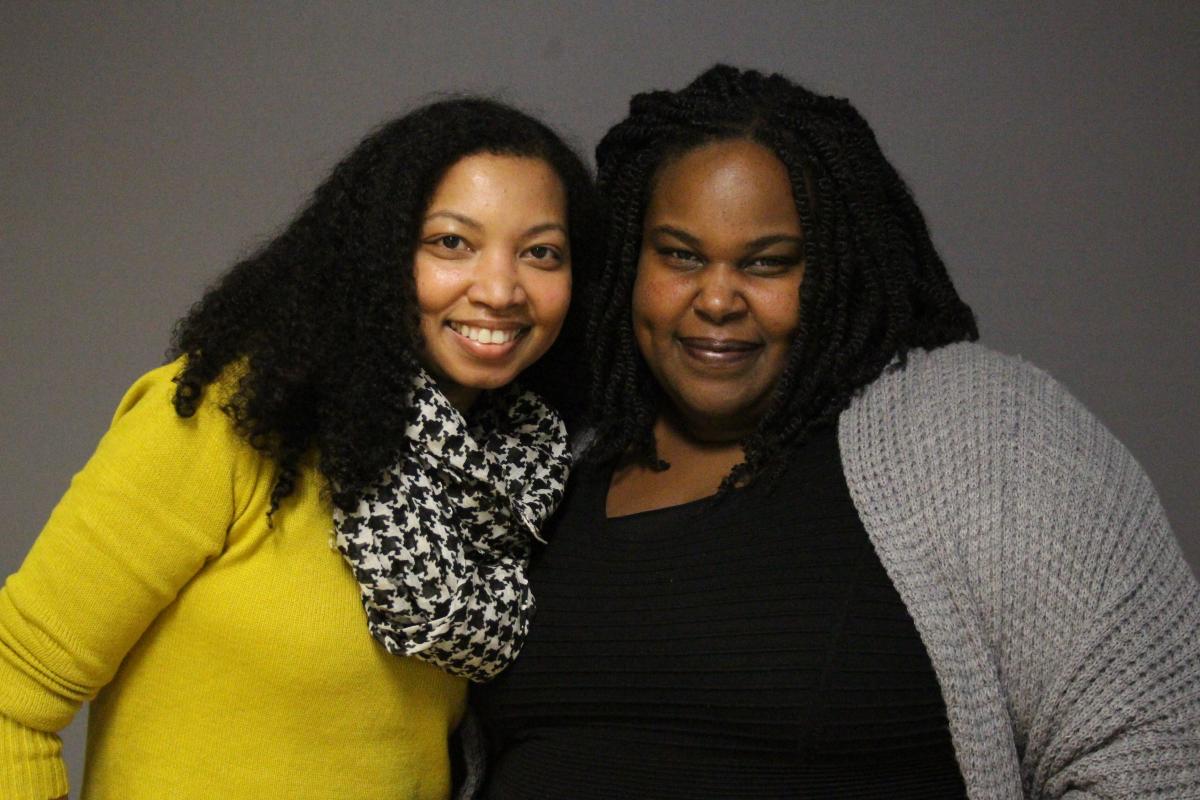 RW: I grew up in the black community of Portland, which is Northeast Portland. But right outside of that, I mean, you could be the only person of color for miles.

RW: Yes, especially if you go outside of Portland and other cities in Oregon. People tell me that I was the first black person they had met in real life. So that was my childhood.

RW: Yea, my mind was blown when I saw black people in charge that every place didn’t look like that.

TB: For me, I never felt restricted in any way.

TB: Because I grew up in Trinidad and Tobago and moved here when I was 15. The thing that I notice a lot about people who have cultural ties to the Caribbean, who have family from the Caribbean, have ancestry from the Caribbean is that our perspective can be a little bit different. We come from places or come from people who run these countries, the people who look like us are in charge of the countries, they own all of the stuff. It is very different than it is here; you know I just assumed everybody can do everything; it was not even a question for me. People ask me all the time, “How did you become a writer?” Well I just assumed that I could. It never occurred to me that I could not.

So I wonder if there are moments when it felt like maybe this is unattainable, maybe I can’t reach that because I don’t see people like me.

RW: It was mixed, like my mother would always tell me that I could be and do anything. But, I went to a predominantly white middle school and not every teacher saw me in that same way.

My science teacher passed out the test that we had taken and says, “I am so disappointed in all of you. All of you failed the test and you’re going to retake it right now.”

So I look down at my paper and I have an A. So I’m like, “Do I have to take the test over, because I don’t want to take this test over if I don’t have to?”

And she goes “Oh yea, that’s right. I’m sorry.” And she turns her body from me, and talks to the rest of the class, who is all white, and says, “And this is why I’m so disappointed in you. You let Reneé Watson from Northeast Portland and get a better grade in science than you?”

TB: Oh my god. That happened to you?

RW: That happened. That happened. That moment I was very aware of my blackness and what it meant to be a smart black girl. Navigating all of that was really hard especially in middle school. I think high school was when I really kind of took the pain of middle school and processed it through writing and art. Theater and poetry were my containers for dealing with all of this stuff. A lot of those teachers got it and it was such a gift that they told me, “Yea, you can use your art to process, to heal, to speak back, to put on record your experience.” It was such a gift to learn that at 14-15 years old.

TB: That is amazing. And now you do that for other kids.

TB: Because you go into schools you talk to kids and you do these incredible things with them and it’s very much like giving back to these kids the same things you got from your teachers in high school.

RW: I feel I have to, it would just be so wrong…I don’t even know any other way to be but to try to be half of what some of those teachers were. And then I will get this call to go to a school and it’s third graders and I think, “There’s some hope and there’s more generations of people that are going to carry on this work.”

TB: You do this thing you do this call and response. We’re going to do it, you and I.

RW: My voice is powerful.

TB: My voice is powerful.

RW: My voice can change the world.

TB: My voice can change the world.

RW: My voice is powerful.

TB: My voice is powerful.

RW: My voice can change the world.

TB: My voice can change the world.