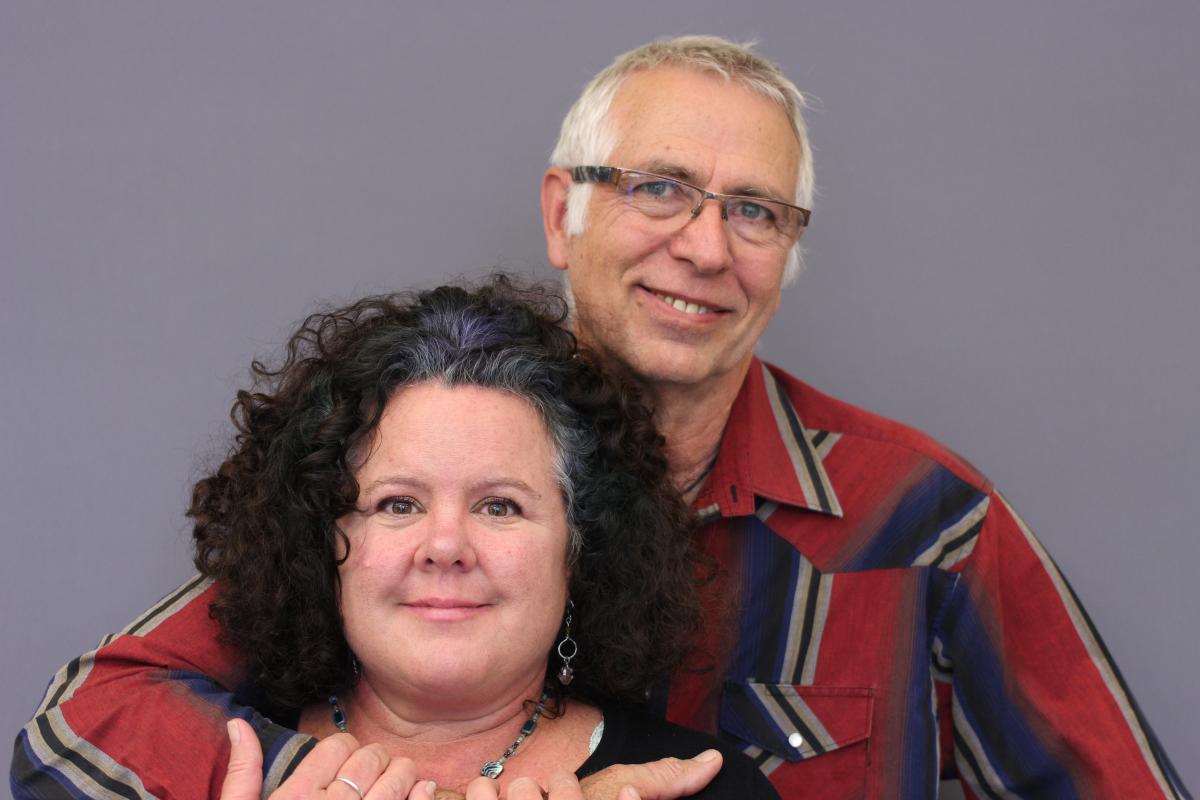 Rachelle: She was born in 1927 in Nebraska, and she was born into this very large family and growing up in the depression they didn’t have much. They were just dirt poor, is what she used to say, and they worked really hard. They had a farm and it was the dustbowl and it seemed like life was really bleak and it was really hard. She married very young. She was thirteen, two weeks from turning fourteen, when she got married on December 6th of 1941 - the day before Pearl Harbor was bombed. And the next day, her one-day-old husband went out and joined the military - he joined the merchant marines - and went to war.

So she lived with her parents at that time and had her first child when she was sixteen, who was my mother. She subsequently had four more children so by the time she was about twenty she had five little kids. From those five kids she had fourteen grandchildren, 21 great-grandchildren, and two great-great-grandchildren. She was always the head of the household, there was never any question about who was the boss of our family - and if there was one defining thing in Nonie’s life, it was family.

Glenn: And what do you think your favorite memory or memories are of her?

Rochelle: She always had the ability to find joy in life and to find humor in things. And I have this incredibly vivid memory of my grandmother, and she’s sitting on the patio at her house and the huge big lawn is behind her and it’s a sunny day and it’s less than a year after my aunt Charlotte had died - her second born daughter. And my grandmother is three days into a diagnosis of stage four metastatic lung cancer.  It’s a fatal diagnosis, and she’s sitting in her chair and her head is thrown back and she’s in the middle of this full-throated laugh. Her eyes are wide open and sparkling and her whole face is just wreathed in joy. And for me that’s such a purely Nonie thing- to in the face of literally a death sentence to find joy. And that joy was because she was with her family, because we were all there. That’s just Nonie.

Glenn: What was - I don’t know - most significant that Nonie has done for you and how did that change your life?

Rochelle: When I was about nineteen years old I was in between jobs, I had a loser of a boyfriend, and I started living in my car in a town called Martinez, California. My mother had moved to Connecticut and I remember talking to her on the phone one day and she said “Chelle, Nonie will take you in, you have to go, you have to do this for me.”

So I remember hat in hand, tail tucked between my legs, feeling like I had lost all of my independence, going to my grandparents house and asking if I could stay there for a while until I got my feet under me. My Nonie and Poppa never hesitated, and what Nonie did for me was she let me drive her car, and she bought me my clothes and my shoes and everything that I needed for work, and she taught me how to make a budget and taught me how to save money. I paid her back every single penny.

I will always believe that my Nonie and Poppa saved my life. I will always believe that those values that she taught me over that course of the short months that I lived there have really followed me through my life. I know she was proud when I graduated from college, and yet not so proud of my achievements as proud of me. Whether I was good or bad or indifferent, the love that she had for me meant that she was always proud of me and always proud that I was her granddaughter.

I miss her terribly, and it’s just a huge hole.