IMLS staff interviewed state librarians to discuss how their new five-year plans for LSTA Grants to States funds (2013-2017) differ from their past plans (2008-2012), and how they see the needs of library users in their states changing and evolving. This post is part of a series and features IMLS Senior Library Program Officer Michele Farrell interviewing State Librarian Joanne Budler. Read more about the Kansas State Library’s priorities in IMLS’ state profile for Kansas.

Michele: What were the three most important community needs you sought to address through library services between 2008 and 2012?

Jo: One thing that was huge for us was the e-book situation. E-books became such a high demand service, and then we had the problem of how were we going to provide that service. Another thing was e-content in general, in the form of databases. From genealogy to children’s databases, they meet people’s needs at various times in their lives and under various conditions. We also have the Learning Express Library database, which has a whole section on computer skills. The other thing that came to the forefront for us was the Ready to Read issue. We had a new governor in 2010, and one of his priorities was to have fourth graders reading at fourth grade level. We really feel that it has to happen before fourth grade, and well before the child is even in school. We know the need was there before, but it’s gotten a lot more attention since 2010, so we’ve used some money from IMLS to address that issue. 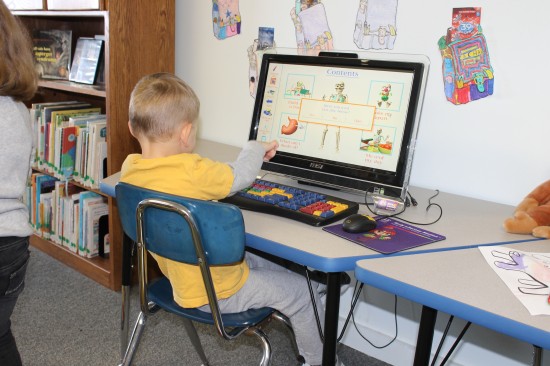 Michele: How did the evaluation of programs and initiatives developed for the 2008-2012 cycle affect your state plans for the 2013-2017 cycle?

Jo: We did look at the evaluation to see if any of these programs needed to be tweaked. We also looked at the evaluation to see if programs were successful, and especially if they were valued by the library community. The evaluation also had focus groups connected with it, and we used some of that input to determine what was important for the future. The problem is that a lot of times people are so busy looking at the past that they don’t think beyond those existing programs. Our challenge is identifying future needs and what we are going to do to address them, and it’s hard to project what’s going to come down the pike in the future. For instance, how do we get information to people on their mobile devices? I’m afraid we’re already reactionary with that, rather than anticipating the need and being ready for it. So the evaluation helps us, but it also hinders us in a way, because it means that people are looking back rather than forward.

Michele: What are the three most important community needs you plan to address through library services in the next five years?

Jo: I think the mobile device opportunity is one of them, but there is also a real gap between our older, more rural residents and 21st century skills. There are residents that are being left behind, and we need to make sure that they are able to fully participate in the 21st century. So we’re going to be addressing digital literacy from a very early stage, like how to use a mouse. The poverty in our state is urban as well as rural. We do have a goal to address childhood poverty, but it’s not just getting the kids out of poverty, it’s getting the families out of poverty. It ties in with digital literacy, workforce development, and the mobile devices as well. So in terms of the three most important community needs, I think of them as a big Venn diagram. It’s not just three big pods, but three overlapping pods, so that in talking about digital literacy and mobile devices and poverty, it’s all connected. We’re going to continue to have the Learning Express Library, and through communications with the Commerce Department, which has our One-Stop job center, and also the labor secretary, I think we’re going to be promoting that a lot more. The other LSTA-funded database will focus on nursing, because we need that for accreditation in our four-year and two-year colleges. We have a lot of pockets in the state that don’t have any nurses, so we’re trying to grow our own. Then there’s the Ready to Read issue. I think that if we want to end childhood poverty, we have to get the kids early on to become lifelong learners, because that’s what is going to make them successful later in life. I want to put Grants to States funds toward that, because that will have the most positive long-term effect.