Reach Higher at Your Museum or Library this Summer

We are so proud of our National Medal winners and the community members they selected to come to Washington, D.C., to celebrate the award with Mrs. Obama. The White House ceremony took place a few days after Mrs. Obama announced her Reach Higher initiative encouraging kids to take charge of their futures and complete education beyond high school and encouraging communities to support teens.

In recognizing this year’s winners, Mrs. Obama noted all of the ways museums and libraries are stepping up, year round but especially during the summer, to keep teens engaged and excited about learning.

One example is the Brooklyn Botanic Garden’s community member, Chidi Duke. At the age of 11, Chidi was introduced to Brooklyn Botanic Garden through Project Green Reach, a science enrichment program led by the garden in his Brooklyn elementary school. His role in the Children’s Garden grew progressively and he became a leader and mentor to younger participants. Chidi is now a student at the City University of New York’s John Jay College of Criminal Justice. He continues to be a part of Brooklyn Botanic Garden as an instructor for teens. 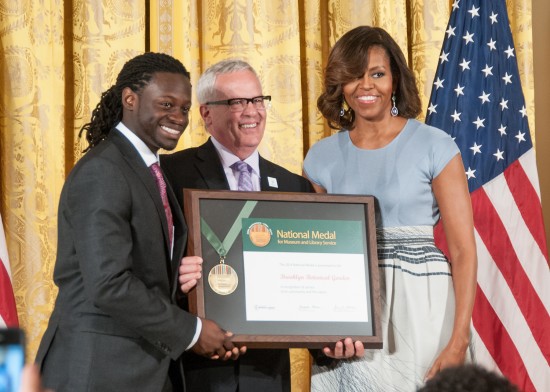 Community member Avree Walker is another success story. Avree says he grew up at the West Las Vegas Library branch of the Las Vegas-Clark County Library District. The library introduced Avree to a world outside his neighborhood and inspired him to pursue his passion for dance. Today, Avree is pursuing a Bachelor’s degree in dance from the University of Nevada, Las Vegas, and is a dancer with Las Vegas Contemporary Dance Theatre. He gives back to his community and library by working with youth at the library as both a choreographer and a producer. 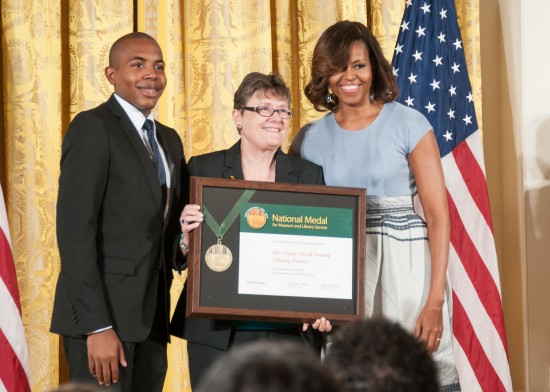 Mrs. Obama encouraged libraries and museums to reach kids they might not see so often, and we are delighted that together with the Association of Children’s Museum we are piloting a new effort to provide reduced admission for anyone with an EBT card (Electronic Benefits Transfer). We hope to expand this opportunity to museums of all disciplines in the future.

Museums and libraries are core community institutions with all kinds of camps and learning opportunities to keep kids connected and active during the summer.

Let us know what your library or museum is doing to help kids “reach higher” this summer, and visit www.whitehouse.gov/reach-higher to learn more.