What Good is a Gig?

Through a grant from the U.S. Institute of Museum and Library Services, we at the Center for Digital Inclusion, Graduate School of Library and Information Science at the University of Illinois provided continuing education forums and conducted site visits focused on libraries that either have or are about to get a gigabit Internet connection. This blog post is a preliminary peek into our research.

We looked specifically at libraries that are on networks that are part of US Ignite or other gigabit-speed networks. US Ignite is an initiative of the White House Office of Science and Technology Policy to jumpstart the development and testing of new broadband applications that serve critical public needs.

Case study libraries in this blog include Cuyahoga County Public Library (in Ohio), Chattanooga Public Library (in Tennessee), and Kansas City Public Library (in Missouri). Each is providing public access to their high-speed bandwidth and experimenting with how to meet the needs of their communities now and into the future.  We will present additional case studies of the CENIC Network in California and the VideoMosaic Project at Rutgers University in future blogs. 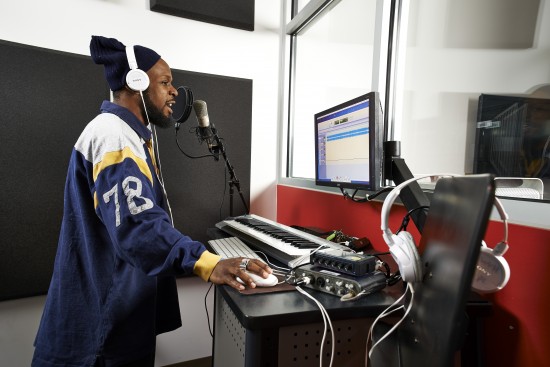 Recording studio in use at the Cuyahoga County Public Library

All Cuyahoga County Public Library (CCPL) branches larger than 10,000 square feet will have a full synchronous gigabit in April 2014 from AT&T via OARnet.  One branch, Warrensville Heights, currently has a full gigabit (from OneCommunity), and the other branches currently have 600Mbps. Prior to their increased bandwidth, the Internet usage at multiple branches was so high that CCPL had to manage access, including targeting ideal times for programming to take place and reducing public bandwidth access during high usage. Now, network slowdowns are a headache of the past. Most of CCPL’s 509 public access computers are in continual use, and the library is looking to its gigabit connection to reduce costs by switching its phone service to Voice over IP (VoIP). CCPL also is beginning to think of and promote access to the gigabit as a service itself.

Staff are encouraged to suggest new programming and form new partnerships. Branch directors attend city council meetings, school board meetings and Chamber of Commerce events. Matching this culture of local engagement with a hefty dose of bandwidth is bringing technology innovation aligned to community needs. New service offerings include the CCPL’s Warrensville branch recording studio where users of the booth can easily download, upload and edit video and audio files. Multiple branches offer robotics and game design programs for youth. CCPL also is experimenting with using video conferencing for informal and formal education between branches and with community partners.

“The mission of the Cuyahoga County Public Library is to be at the center of community life by providing an environment where reading, life-long learning and civic engagement thrive. That environment has to include high speed broadband and skilled staff,” said CCPL Director Sari Feldman. 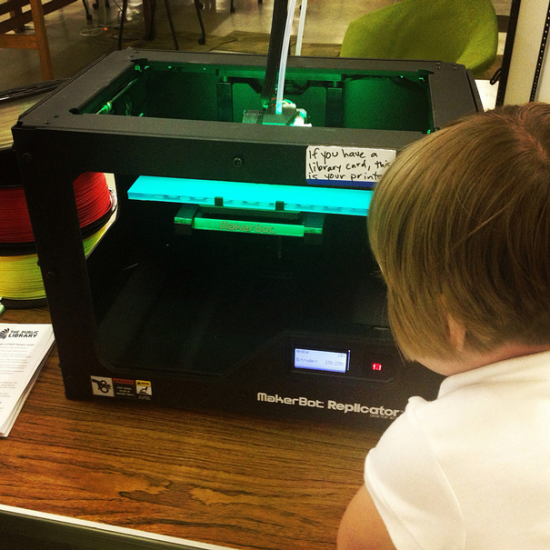 For the Chattanooga Public Library, a gigabit broadband connection is one essential tool in their efforts to create a library structure that is flexible enough to meet the library’s mission to be the community’s catalyst for lifelong learning.

Chattanooga Public Library has been called the library of the future by many (including National Journal). The designation is not solely a result of their gigabit connection but rather their culture of experimentation and innovation. Chattanooga Public Library’s 4thFloor is what Nate Hill, assistant director, refers to as a “civic laboratory, makerspace and hackerspace.” The space is home to 3D printers and a variety of tech tools deployed in ways that are always changing. It is currently being used for both library and partner-organized programming and as a co-working space. The library is experimenting with and planning use of RFID, video conferencing, sharing 3D files (which can be 20MB or more) and creating a portal for local open government data.

“(The library) is a place for people to experiment, especially when you get these young folks that are building stuff and they need a collaborative space to work and they need the speed,” said Director Corinne Hill. “I think high-speed broadband is one of these things that you don’t realize is important. It’s like the smartphone—no one knew that you couldn’t live without this until you got it. The library is going to level the playing ground for folks.”

Chattanooga’s Internet Service provider is EPB, a municipal power company. The downtown building has a gigabit connection, and the internal infrastructure on each floor is being upgraded to utilize the bandwidth. Each of the library’s three branches also will have gigabit connections in the near future.

As the rollout of Google Fiber continues in Kansas City, the Kansas City Public Library and the Kansas City Kansas Public Library are (eagerly) awaiting gigabit Internet connections. Google Fiber’s rollout model is based upon what they call fiberhoods. Construction occurs first to residential customers in each fiberhood that has reached a certain percentage of pre-registrations. Each city government provided Google with a list of community buildings to receive a gigabit connection free for a minimum of 10 years. All of the library branches in the two cities will receive free Internet service. Branches outside of the municipalities will not receive the gigabit connection. These Community Connections are the last to be connected in the fiberhoods.

The rollout of Google Fiber in Kansas City has drawn renewed attention to digital inclusion issues. Libraries and other community anchor institutions have increased their focus on the digital divide, resulting in increased collaborations. “In a way,” says KCPL Director Crosby Kemper, “Google Fiber has been a catalyst to do some things that we probably should have been doing anyway with traditional broadband. We, as a community, are now more aware of the digital divide. We are now more aware of the possibilities in education, distance learning and virtual learning.”

KCPL is setting the stage for when they have gigabit connections. Because Google Fiber does not have a commercial offering and is not being rolled out to every neighborhood, KCPL anticipates the need for public access (both hardline and wireless) to increase. To accommodate small business owners and entrepreneurs who might not be connected, KCPL intends to expand their small business center. They also are testing a software lending library to provide remote access to popular software.

Once available, the increased bandwidth in the library and the community will remove limitations on the use of digitized content. For example, KCPL will now be able to include more videos in local offerings, and the library is working with a local foundation and other community organizations to consider creating physical spaces for MOOC (Massive Open Online Course) students and development of local MOOCs.

The two public libraries, schools, a community college and multiple non-profits have formed a digital divide coalition to coordinate access and training services, create a cohesive plan, and draw up a strategy for fundraising.

This article is only a preliminary sharing of what we have learned, but one emerging theme is the opportunity for libraries to leverage next-generation networks to increase community partnerships and problem-solving. As we complete our analysis, we’ll continue to release articles, ultimately publishing full case studies this spring.