AAHC Forum: The Growing Impact of Haitian Art and Culture

Introduction: The Haitian Heritage Museum is implementing phase two of its strategic plan, which focuses on expanding arts education programs in local schools, partnering with colleges and universities to host new exhibitions, and enhancing overall capacity for collections and program management. IMLS funds will enable the museum to raise the national profile of Haitian art within the paragon of African-American history and culture, and use online resources to increase the accessibility of the museum's collections.

While the Harlem Renaissance remains a romanticized period of creative American arts in the early twentieth century, a new era of Haitian visual and cultural arts is underway in Miami. Over the past eight years, the Haitian Heritage Museum has been a steward of art exhibitions, dance performances, and educational programming in Southeastern Florida, and the only museum of its kind in the world.

Recently, we have embarked on an expansion to increase our programming within our facility, and with partners in schools, colleges, and the greater community. First, to make our collections more accessible to the public we have hired a photographer, computer graphic artists, and a web designer to overhaul our media and online resources. We have also purchased digitizing equipment to enhance our collections management and begin digital archiving. This funding has been timely, as the Miami Dade County public school system is beginning a large-scale initiative for technological improvements in the classroom, and our recent enhancements will allow us to provide access to Haitian art and cultural artifacts to classrooms via the Internet. 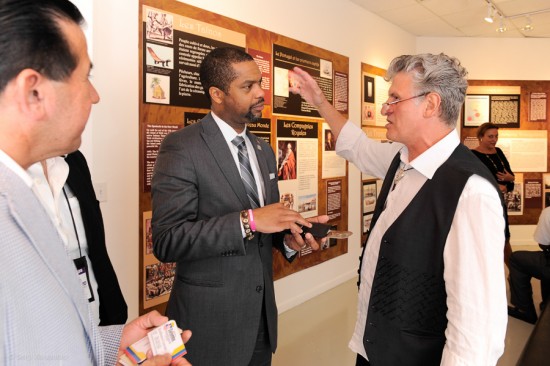 We have started the process for digitizing artistic, cultural, historic content, and redeveloping our web platform. We’ve also begun the strategic planning process with stakeholders (school partners) to position us to provide our two signature programs, Ayiti Expose and the Museum Magnet Program, in an enhanced digital format to support this technology initiative. Our new online program “e-Ayiti Expose,” allows trained educators from the museum to be on site at schools for one day per week to deliver curriculum, provide technical assistance, and provide professional development for teachers.

Ethnic studies programs at colleges and universities gained their foothold in the 1970s after the civil rights movement. The museum was recently approached by a faculty member at Florida International University (FIU) with an interest in collaborating on programming for their Haitian Studies program. The professor has expressed an interest in linking their internship platform with the museum to provide additional personnel support for upcoming projects. Without the additional staff support we have developed through the IMLS grant, we would not be able to effectively manage this new partnership. We anticipate our first cohort of students from FIU beginning their internships with us this fall.

An Unusual and Unexpected Outcome

Increasing our capacity to make cultural and historic content from Haiti available to the greater public has recently caught the attention of the Haitian Consulate office in Miami. As a result, officials from the consulate scheduled a visit to the museum for the Minister of Tourism of Haiti while she and her delegation were in Miami. 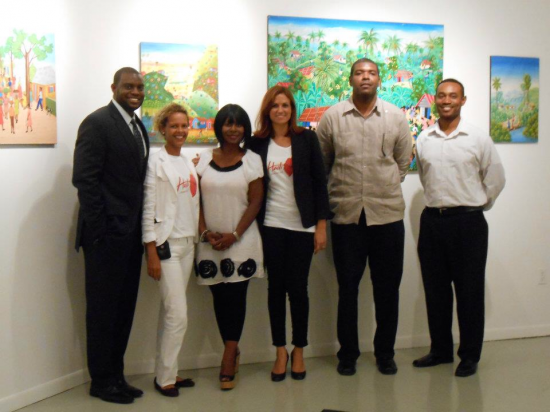 During the visit we discussed the potential of collaborating, and as a result were invited to Haiti for a formal meeting with the Minister of Culture to discuss a long-term partnership.

A meeting was then arranged with the International Curator/ Director of the National Museum of Haiti –MUPANAH to explore ways to start working together. As a result, two exhibitions to date have already been facilitated for HHM:

1) Les Jacmeliens (Dec 2012 thru April 2013) – A museum exhibit during the Miami Design District’s opening night for Art Basel 2012. The exhibit featured prominent Haitian artists and introduced the community at large to primary arts sources (paintings and artifacts) that would normally not have been available for viewing. This exhibition was also integrated into our educational programming via field trips and curriculum workshops.
(www.soulofmiami.org/2012/11/23/les-jacmeliens-contemporart-art-of-haiti-12612-12812/) 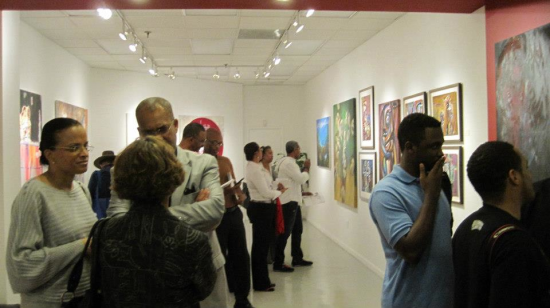 2) Chimen Libete (May 2013 – ongoing (The Road to Freedom)) – Opened during Haitian Heritage Month in Miami and explored the history of slavery in Haiti and the chronology of the abolition of slavery in the world. This was the first time in MUPANAH’s 30-year history that the commission collaborated with a museum outside of Haiti to provide a history exhibition. Over 300 students from Miami Dade public schools, and Lycee Franco American International School have already visited the museum for educational workshops associated with the exhibit.
(www.caribjournal.com/2013/05/10/haitis-national-museum-comes-to-miami/) 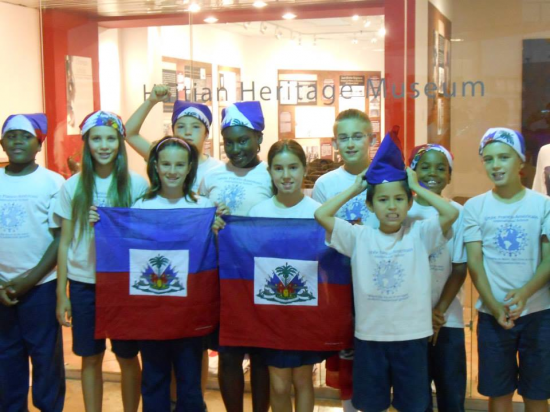