The idea for the Jack Hadley Black History Museum started almost 35 years ago when the founder’s son, Jim, came home complaining about the lack of black history programming at the military base where he attended school. His father decided to fill the educational and cultural void.  He and his son developed a table top exhibit for Black History Month.  The father and son project became a Black History Month tradition that continued for several years.  Thus, the Jack Hadley Black History Collection was born, which has grown to more than 3,200 artifacts and objects. After serving 28 years in the U.S. Air Force, Mr. Hadley retired, but he continued to dream of a museum to house the collection. The dream became a reality in 2006 when a permanent home for the collection was found on the historic campus of the Frederick Douglass High School, a building that formerly housed a school for African American students. The school has been transformed into a community center. The museum occupies the western wing of the Complex. 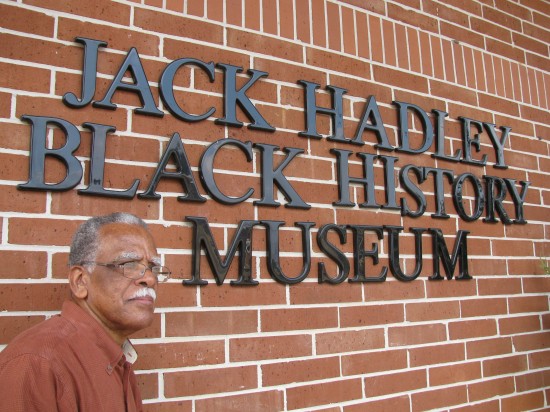 Mr. James "Jack" Hadley started his collection over 32 years ago. He stands in front of the permanent home for the collection which opened in 2006.

The founder, Mr. James “Jack” Hadley, is the driving force behind the museum and continues to propel it forward, always seeking to move it to the next level. He also understood that in order to grow the museum, he would have to seek the assistance of a professional in the field who could tell him exactly what the next level was. This was accomplished through the Conservation Assessment Program (CAP).

The Conservation Assessment Program, which is supported through a cooperative agreement withHeritage Preservation , provides a general conservation assessment of your museum's collection, environmental conditions, and site.  The museum received its first CAP grant in 2008. The assessor spent two days reviewing the collection, assessed the building for environmental issues, and spoke with museum staff and the Board of Directors. A report listing several recommendations was submitted to the museum in the fall of 2008. The technical advice and information contained in the report was invaluable. Recommendations were made regarding collection policies and care, exhibition, storage, emergency preparedness, administration, staffing, environmental conditions and sites and structures. The input from a highly regarded consultant has provided museum staff with the evidence needed to pursue and obtain funding from local, state, and federal funders to implement recommendations made in the CAP report. The local news media covered the museum’s CAP grant and because of the greater community awareness, Due to the added media coverage regarding funding, several local funders have started donations or have expanded their giving to the museum. 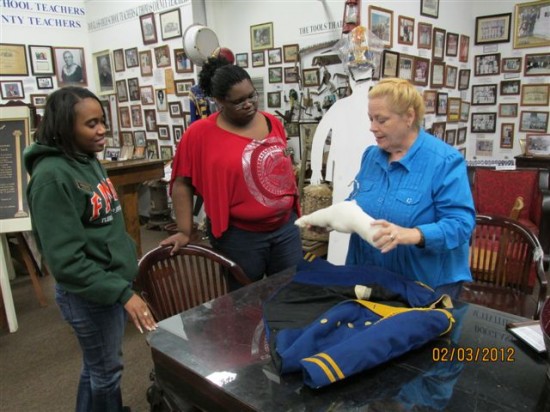 As a result of the CAP process and recommendations, the museum was able to secure a grant from the IMLS to hire a part-time registrar and interns, who have been organizing and cataloging the collection. They have input into the Past Perfect database the majority of the museum’s collection. The Museum also has fulfilled a CAP recommendation and the purpose of the IMLS African American History and Culture grant program, by attracting new museum professionals to the field. The intern recruited from Florida A&M University, who is a political science major, is seriously considering a career in the museum field upon completion of her doctoral program.

Participation in CAP has been such as success that the Museum recently obtained a Museum Assessment Program (MAP) grant, which is administered through the American Alliance of Museums. Museum staff, board members and volunteers recently completed the self-study. This was a much needed, but grueling and intense, self-evaluation of the museums’ organizational needs. A board member summed up the experience accordingly, “We did not realize what we did not know until this process.” We look forward to the MAP assessor’s site visit this month and her report regarding succession and endowment planning and implementation. Through the MAP process, we expect to move the museum to “the next level” once again.