From the Bench: Upgrade of American Sculpture and Decorative Arts Storage

With the invaluable support of IMLS, the Detroit Institute of Arts was able to upgrade storage for its American decorative arts and sculpture collections dating from the beginning of the European settlements until 1950. These objects had been located in six separate, inaccessible temporary storage spaces during the museum’s 2000 –2007 renovation and expansion project. This new state-of-the-art storeroom makes possible the safe removal, handling, and study of works by curators, conservators, educators, and scholars. Greater accessibility also facilitates contributions to the body of academic knowledge and the creation of new educational programming at the museum, and allows the public to see more of the collection. In fact the project has resulted in five articles written by conservators, curators, and educators published in professional journals and books and eight YouTube podcasts. 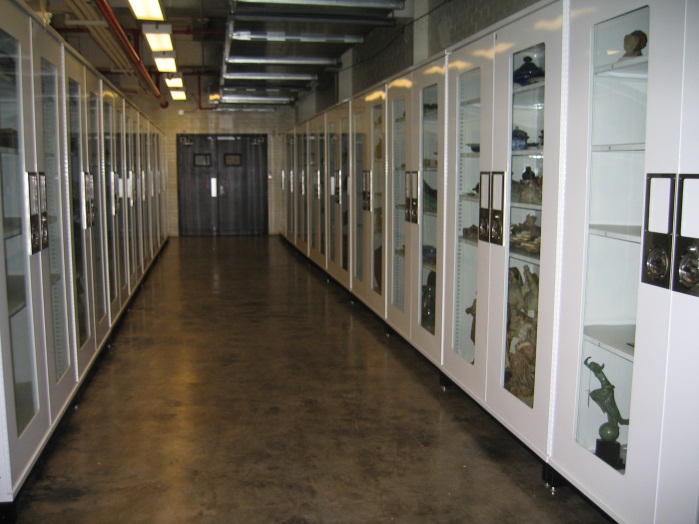 After view of the DIA store room 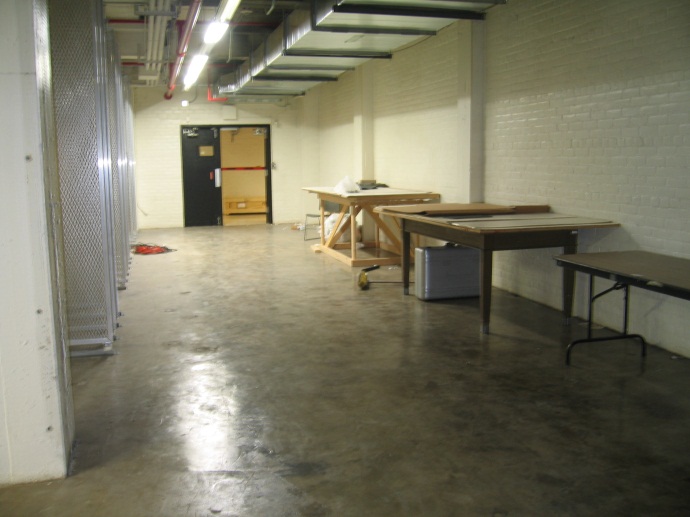 Before view of the DIA store room

New powder coated cabinets line the room. The glass doors allow for visual monitoring of the collections. Fixed wall screens provide vertical hanging space for heavy metalwork, mirrors, and frames. The wide aisles provide adequate space to move works of art. Racks and platforms installed against the back wall accommodate larger sculptures and three-dimensional objects. These include Daniel Chester French’s three large plasters for the Samuel Francis DuPont Memorial Fountain, which are barely visible in the photograph to the left behind their polyethylene sheeting and are fully accessible in the upgraded storeroom shown on the right. 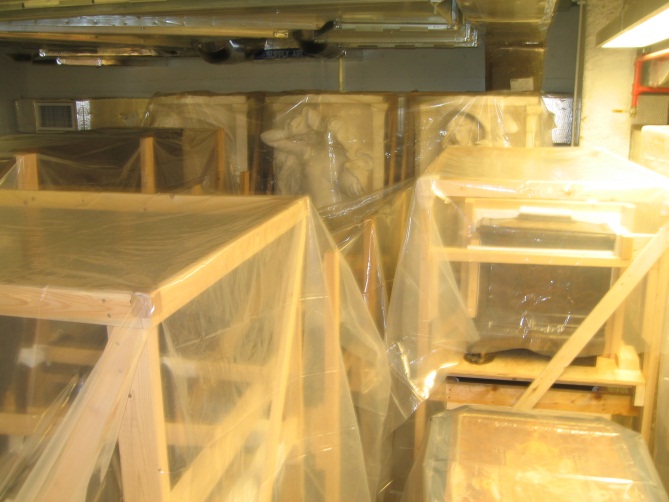 Another view of storage before IMLS grant 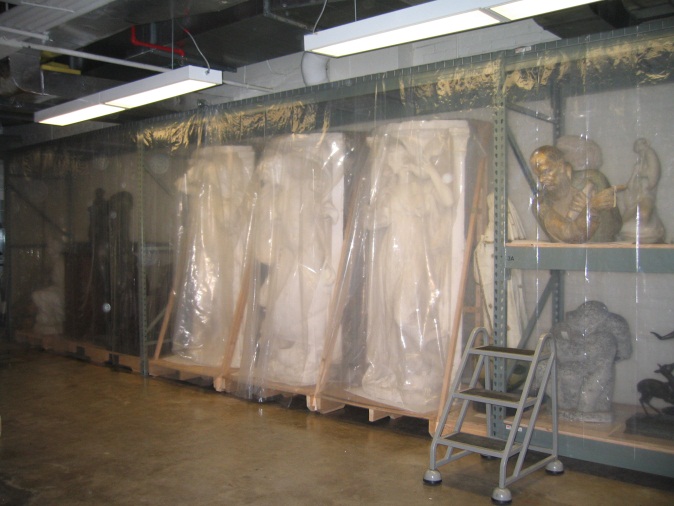 Also housed in this room are bronze sculptures by Frederic Remington, marbles by Hiram Powers, and decorative arts pieces such as glass by Louis Comfort Tiffany. A total of 2,749 objects were relocated to this room, of which 1,561 were rehoused with stabilization mounts. Digital photographs were taken of objects that had not been photographed, before placing them into their new cabinetry.

During the project period, more than forty-six objects, including silver by Paul Revere, were rotated into the DIA’s American galleries or loaned to exhibitions at other institutions. The museum conserved forty pieces—twelve received new mounts—and nine new collection acquisitions were processed. Additional documentation information for 383 objects and 1,200 new digital images were entered into the museum’s collections management database, allowing for new images to be linked to the DIA website. Renewed access has allowed the museum’s curators to review and research the silver collection. A new installation showcasing DIA’s early American silver and decorative arts is being funded by the Americana Foundation and scheduled to open by the end of 2012.