Home » News » Blog » Behind the Scenes: Theater Archives and the Documentation of a Legacy

Behind the Scenes: Theater Archives and the Documentation of a Legacy

What are theaters across the nation doing (or not doing) to create archives of their productions? We asked this question as part of our IMLS National Leadership Planning Grant, “Preserving the Ephemeral: An Archival Program for Theater and the Performing Arts.” In partnership with American Theatre Archive Project (ATAP) and Theatre Communications Group, we reached out to theater directors across the country with some introductory questions. We received over 300 responses, spanning all budget levels and regions of the United States. Of these respondents, 12 percent self-identified as representing theaters of color; we’re particularly interested in how such institutions contribute to a fuller history of American theater.

Thirty percent of respondents already archive at a library or university, although most of those respondents are in the top two income brackets ($5 million and above). This suggests that the majority of theaters, especially those with the greatest financial pressures, lack a coherent records management plan. When asked how theaters keep and manage archival records, 58 percent responded that various departments maintain their own records. Twenty-four percent of theaters that actively maintain their own archives delegate that responsibility to a specific person/position. But often, as one respondent noted, “Because no single staff member is assigned the job of archivist, the information is likely not as well-organized as it could be.” “What is worth keeping?” asked another. As we continue to talk to theaters in a series of forums, we will be focusing on these concerns in order to better understand how theaters undertake the preservation of their own history.

In designing the survey with ATAP, we expected that theaters, as well as archivists, would be concerned about born digital materials such as email, computer files of production records, and AV recordings, but we did not anticipate the level of urgency in the responses. When asked where theaters currently store archival materials—thinking of physical materials and shaping possible answers around physical storage options—10 percent of respondents still made sure to select “other” to say they primarily store things electronically.  Several also mentioned storing items in “the cloud” or in Google docs. Overall, when asked which format they use to save electronic files, 65 percent of theaters said they use an external drive or server. However, theaters of color in the lowest income bracket ($499,999 or less) were most likely to say they printed out electronic files— far more than other theaters at the same income level.

Our planning grant work continues with two grant-funded forums in August and September, where we will convene managing and artistic directors from theater companies across the nation to discuss the challenges and importance of theater archives. The first day of each forum focuses on increasing awareness for what an archive is and how it can benefit theaters’ work. The second day focuses on why historical and cultural context is of particular importance to theaters of color and how archives are a tool not only to document history, but also to create it. The goal of the planning grant is to develop a framework for providing improved archival support for theaters, especially theaters of color. 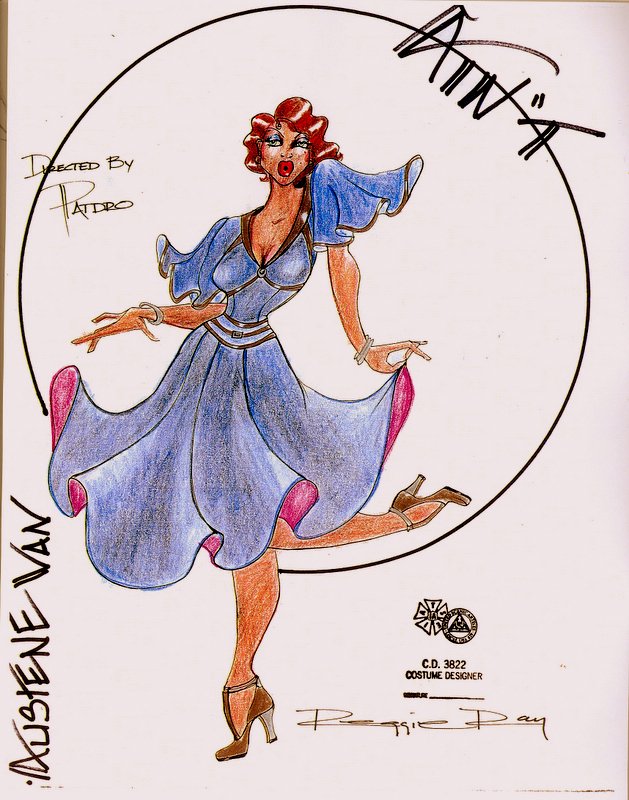